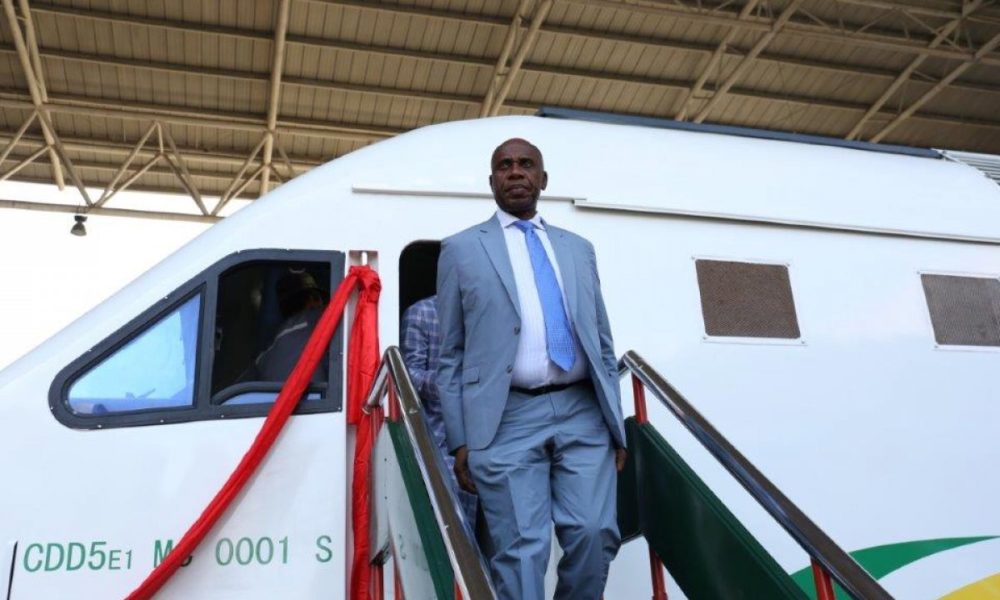 Nigeria’s Minister for Transportation, Rotimi Amaechi has revealed that he had to personally travel to Niger Republic and beg before the country allowed Nigeria to build the $1.95bn railway from Kano State into Maradi in their country.

The Minister while justifying the move by the federal government to spend such huge amounts in constructing railway lines into another country explained that Niger Republic is a land-locked country that has to interact with other countries around it in order to move goods to and fro the country.

Amaechi however explained that Niger Republic prefers to transact its businesses through Benin Republic, Ivory Coast, Ghana, and Togo.

He added that the country cited issues of insecurity, poor road infrastructure as well as extortion by security agents as reasons it can’t conduct business with Nigeria.

But with the railway project, expected to run from Kano to Dutse- Katsina through Jibia and end at Maradi in Niger Republic, it would help Nigeria to compete and this would expand the economy.

“It is like the shout about Kano-Maradi rail. I said my wife is Igbo. She is not from Maradi. The worst is that they will say I am serving the interest of the North. Let’s assume that is the argument you will make. The worst I can do is stop at Jibia which is the border.

“To even get to Maradi I had to travel to Niger Republic to even beg them. They are not bringing their money. It is our money. But I’m begging them to allow me access into Maradi.”

“Why are they not exporting through Nigeria? They say o, your roads are bad. So, the railway takes care of that. They say customs is difficult, customs will impose charges that are not charged in Benin Republic.

“So, all we are saying is we come to Maradi, we build offices, we build a warehouse, you put your things in the warehouse, you deal with customs at Maradi, deal with immigration at Maradi, deal with police, whatever you need to check. Once you put the goods on top of the wagon, it goes straight to Lagos. When it gets to Lagos, straight to the ship because the things you would do in Lagos, you would have done in Maradi.” Amaechi said on Channels Television’s ‘News Night’ programme on Monday.

Meanwhile, Vice President Yemi Osinbajo has declared that those praying for Nigeria to break up won’t succeed and will be disappointed.

This is as he noted that those praying and wishing for Nigeria to remain as one are more than those seeking a break up of Nigeria.

Osinbajo made the submission on Tuesday in Gombe State when he paid a courtesy call to the Emir of Gombe Alhaji Shehu Abubakar in his palace.