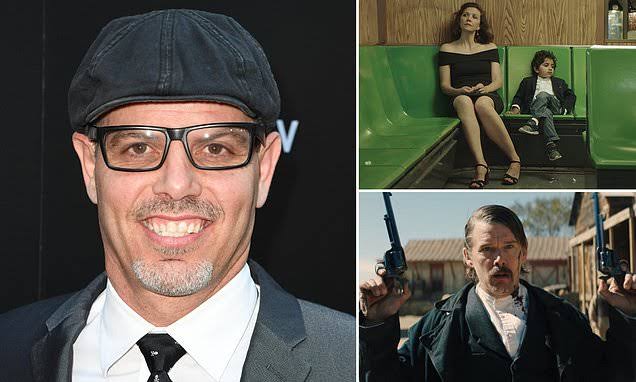 Film Producer Dillon Jordan has been charged With Operating An International Prostitution Ring.

American film producer Dillon Jordan was arrested on thursday on charges that he used his production company, PaperChase Films, as a front for an international prost!tution ring.

Jordan, 49, was arrested in San Bernardino County, California. At an initial court appearance in Riverside, California, Jordan appeared by video and was ordered released on $150,000 bail.

According to Hollywood Reporter, an indictment said Jordan, from 2010 through May 2017, kept a roster of women who lived across the U.S. and performed sexuall acts for Jordan’s clients in exchange for money. It said he coordinated with a United Kingdom-based madam, sharing and referring customers and prost!tutes.

“Now the party is over and the film is a wrap.”

The indictment noted that Jordan has gone by a number of aliases including Daniel Maurice Hatton and Daniel Bohler while allegedly running the operation with a number of conspirators from at least 2010 to May 2017.

“Jordan maintained a roster of women who resided around the United States and who, in exchange for payment, performed s.e.x.u.al acts for Jordan’s clients at locations throughout the United States, including the Southern District of New York, and abroad,” the indictment reads.

Prosecutors claim Jordan arranged prost!tution services with his clients by email including sending them photos of women whose services were available for hire, discussing prices and arranging travel.

Prosecutors claim Jordan opened ‘multiple bank accounts’ in the name of the two businesses which he allegedly used to accept cash, wire, and check payments for prostitution services and then pay out the women.

Jordan allegedly tried to hide the nature of the check payments by describing them as, among other things: modeling fees, massage therapy fees, appearance fees and consulting fees.

Dillon Jordan is best known as the producer of “Skin” and the executive producer of the films, “The Kindergarten Teacher”, starring Maggie Gyllenhaal and Gael Garcia Bernal as well as the 2019 film “The Kid” starring Ethan Hawke and Chris Pratt.