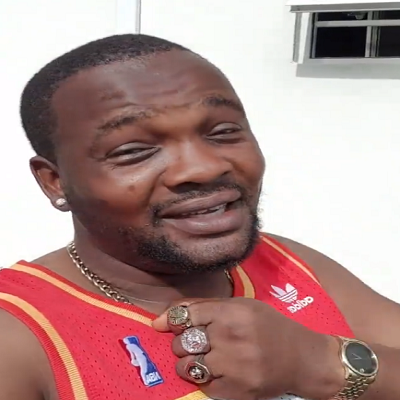 Controversial actor Yomi Fabiyi has elicited heated reactions on social media over the debut of his film based on his colleagues, comedian Princess and Baba Ijesha’s sexual assault saga.

It also depicts Baba Ijesha as a victim of a setup orchestrated by Princess.
The characters in the film take on the names of the individuals involved in the case including actress, Iyabo Ojo whom the story apparently centers around.

Yomi Fabiyi, who took to his Instagram page on Sunday, July 4th to inform his fans and follower about the movie, shared excerpts from it.

This move has elicited heated criticisms and disapproval from social media users.

Most tagged those who featured in the movie, especially Yomi Fabiyi all sorts of derogatory names, urging people to report the movie on YouTube so it can be pulled down.

silentaire_lifestyle lamented: “If you are a human being with a heart, REPORT THIS VIDEO ON YOUTUBE. That is the least you can do. As a Father, I can’t imagine my daughter going though this.”

the_nimi said: “Can you imagine this nonsense? How do you release a film about the sexual assault of a minor and then portray said minor as the lover and her assaulter as the victim! THIS is the problem of the Yoruba movie industry! Shame on all those involved and of your support this film, shame on you too! The rape apology is just so disgusting!”

mychukwuebuka wrote: “There’s so much we can do at this point, the government or that association that ought to make this film get flagged, may not do shit. Please go on YouTube, search the movie “Oko iyabo” click on tge report option and report it till it gets pulled down on YouTube. We should not fail that innocent girl. If the system fails her, we as a people should not fail her. Let’s do this guys.”

__boujeeman stated: “This is stupidity at its peak!!”

premafoods1 said: “If you see the foolish movie ! This man is supposed to be thrown behind bars ! Using such a case involving a minor to do what ??? Mehn , now I believe there are Animals in human skin!”

becky_gyado stated: “Now I’m disgusted,I thought this was about him fighting for baba ijeshas human rights which is totally understandable, but to go and make a whole movie about an abused minor like that’s Unacceptable!”

omalicha_peter2 wrote: “This is so wrong, shameless man.”

moradehyo stated: “This man is just a bastard and that’s on period. Makes me wonder if those actors and actresses didn’t read the script before accepting but then anything goes as long as money is involved. Such a waste!”