Home » News » Governor jets out as gunmen kill 13 in Niger

Governor jets out as gunmen kill 13 in Niger 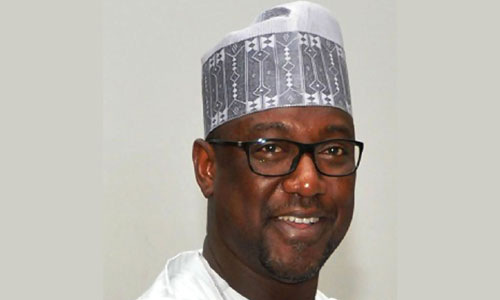 Hours after the abduction of an unspecified number of children in an Islamic school in Tegina, Rafi local government area of Niger State, Governor Abubakar Sani Bello has left the country.

The Nation learnt that the governor travelled alongside his wife.

Their destination is unknown but Bello was said to have jetted out on a security mission.

In a statement, his Chief Press Secretary Mary Noel Berje said he left the country to explore possibilities of strengthening the state security architecture.

The statement further stated that the Governor was expected back soon but had given directives to security operatives and state government officials to ensure the safe return of the abducted Tegina Islamiyya pupils and others.

“While assuring the parents of the abducted children of their safe return as the security agencies have been directed to do all it can to bring back the children as soon as possible, the Governor also urged the citizens to cooperate and share intelligence and information that will help in the quick rescue of the children”, the statement read.

The abductees who were released on Sunday night said  their family paid N5.5 million ransom.

Shortly after the governor left yesterday, bandits killed 13 persons and burnt down a police station.

The attack took place in  Beri and Kasanga towns in Mariga local government area of the state.

One of the 13 persons killed was a riot policeman.

After a security meeting chaired by Deputy Governor Ahmed Mohammed Ketso, the government asserted that it will not pay ransom for anyone abducted but would rather negotiate with the abductors.

“We don’t pay ransom to abductors. We are trying to negotiate to see how we can bring them back safely,” he said.

Several persons criticised the governor for leaving the country as his state grappled with violence perpetrated by bandits.

President Muhammadu Buhari asked security agencies to speed up the release of the abducted persons.