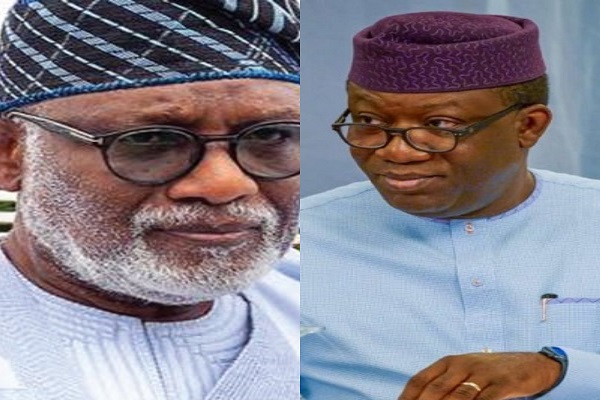 Fayemi gave the virtues in his congratulatory message on Akeredolu’s birthday in Ado-Ekiti signed by his Chief Press Secretary, Mr Yinka Oyebode.

The governor, also Chairman, Nigeria Governors Forum, said Akeredolu had in time past spent a larger part of his life serving the people as a students’ union activist, legal luminary and advocate of good governance.

According to him, currently as governor he is leaving no stone unturned in the quest for the betterment of Ondo State and its people.

Fayemi described Akeredolu as a dogged fighter, a strong voice in the fight against injustice and a man who does not shy away from speaking the truth regardless of whose ox is gored.

He prayed God to give the governor long life and good health in order to continue serving the people more.

“Gov. Akeredolu has spent his entire life in the service of his people.

“He is a patriotic Nigerian who is very passionate about one united, peaceful and progressive Nigeria.

“Akeredolu is a compassionate leader who is ever concerned about the welfare of his people”.

“We wish him many more useful and productive years in service to God and humanity,” Fayemi said. (NAN) (www.nannews.ng)