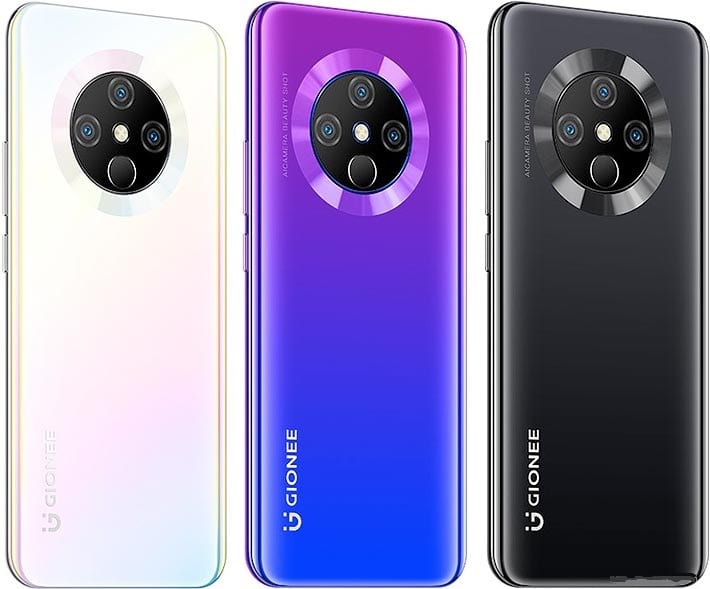 The Gionee K30 Pro steps its foot out of Gionee’s low-end line, offering us what can be described as one of the most capable Gionee smartphones to have been released in recent time. To further buttress this point, we explore the Gionee K30 Pro specs and price, which is also geared towards helping you make your purchase decision.

The Gionee K30 Pro bears design may not share shoulders with the premium smartphones in the industry, but it sure looks different from what we have seen on Gionee smartphones in recent times. It can be seen as an attempt to produce something more different.

On the rear, we have a gradient design, on which we find a  circular module that bears three cameras, an LED flash, and a fingerprint sensor. Also on the rear, is the Gionee branding, which indicates its OEM.

Moving upfront, we are greeted with a 6.53 inch LTPS IPS LCD with a drop notch housing a selfie camera. The highlights of this display include a resolution of 720 x 1560 Pixels and a density of approximately 263 PPI.

Enthusiasts that decide to purchase this smartphone, will have three colour options and they include Black, Blue, and White.

The camera system on the Gionee K30 Pro comprises a triple camera setup on the rear and a single camera setup upfront. The cameras aren’t anywhere near-flagship, but they are very substantial.

On the selfie, we have a single 8MP camera tucked into the drop notch on the front panel as mentioned earlier. The video record on this camera is capped at 1080p @ 30fps.

The performance setup on the Gionee K30 pro falls in line as one of the most capable in recent times.

Onboard, we have an Octa-core MediaTek processor, options for either 6GB or 8GB RAM, 128GB, or 256GB built-in storage. We also have a non-removable 4000mAh Li-Po battery and a 20W fast charge mechanism.

On the software side, the Gionee K30 Pro runs its user interface on top of the Android operating system, which makes it an Android smartphone.

Internet connectivity is capped at 4G LTE, which means enthusiasts won’t have the luxury of 5G connectivity.

The Gionee K30 Pro was announced on December 8 2020 and made available for purchase later in December 2020.

Here are a few specs of the Gionee K30 Pro: