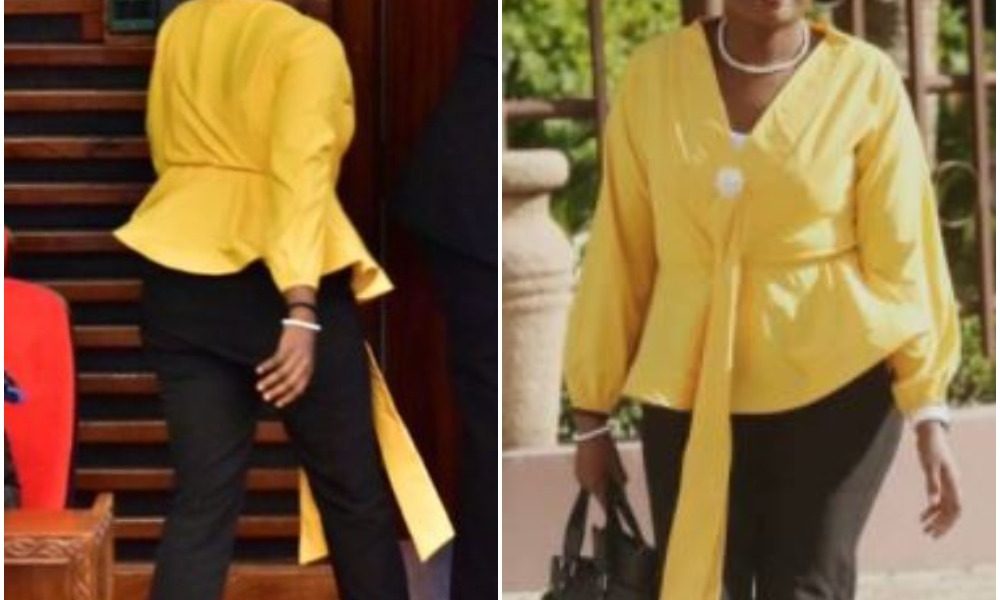 A Tanzanian member of parliament was asked to leave the house sitting for rocking a black trouser on the 1st of June.

According to the journalist, Louis Jadwong, MP Condenser Micheal Sichlwe caused a stir in parliament, which later resulted to her dismissal from the house sitting for the day by the speaker of the parliament.

MP, Condenser Micheal Sichlwe, in the photos shared, was shown the door out of parliament sitting, for rocking a yellow blazer and a black trouser.

@ChweziRega wrote, ”Most of you are defending her but do you know anything about Tanzania and her culture, not to mention their set house code of conduct, or you are using your own cultural experience and social exposure to judge?”

@Cert. Legendary Troublemaker wrote; ”What does their parliamentary attire look like? Do they have a uniform or something? Cos I see nothing wrong in this”

@Tak_Tkk wrote; ”I am annoyed with this. Like, really? I hate it when women’s clothes, bodies and decisions are policed by men. And those pants ain’t tight!! Uugh. Such a mysogonistic power trip by the speaker.”

@Hakingowi wrote; ‘‘They called it “indecent attire” claiming parliamentarians (especially women) should uphold highest moral standards in their clothing. In specific, they said her trouser is “too tight” hence asked to leave the chamber and change.”