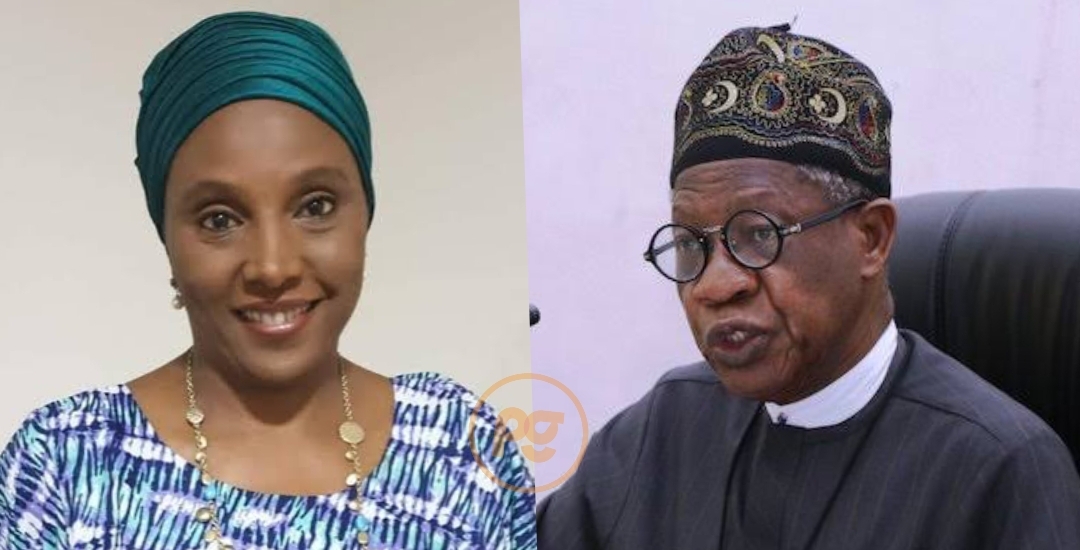 In the aftermath of Kadaria Ahmed’s article, Lai Mohammed, who had been fishing for excuses to muzzle the news media whose reporting dramatised the inability or unwillingness of the government to resolve the progressively festering problem of banditry in the North,  told State House correspondents on July 28 that the BBC “will not get away with” its insightful documentary which nonetheless embarrassed the government, and that “appropriate sanctions will be meted to both the BBC and the Trust Tv.”

On August 3, the NBC imposed a N5 million fine not just on Trust TV but also on such domestic TV stations as NTA-StarTimes Limited and MultiChoice Nigeria Limited (which owns DStv and TelCom Satellite Limited—TStv) for broadcasting BBC’s documentary. (I wonder if Lai will also impose fines on YouTube, Facebook, and other social media platforms from where most people watched the documentary).

In an earlier article and during an appearance at her August 1 RadioNow 95.3FM news show, I told Kadaria Ahmed to be ashamed of being the enabler of unjustified governmental tyranny against the news media of which she is a part.

The core of Kadaria’s argument is that the BBC’s documentary became “a tool for terrorists, even if unwittingly, by amplifying the faces, voices and stories of killers and marauders who are still operating with impunity across Nigeria.” That’s some warped logic!

She wanted the BBC to have done its documentary without interviewing the terrorists. She doesn’t want the world to know the motive forces that animate the terrorists. As I told her during her radio show, that won’t be journalism; it would be propaganda. To circumscribe for reporters which newsworthy sources they must erase or suppress is to operate outside the province of journalism.

Lai Mohammed and his headless lackeys at the NBC ineptly mirrored Kadaria’s professional and sociological illogic in their groundlessly draconian post-publication vengeance on Trust TV and Nigerian TV stations that broadcast BBC’s documentary.

NBC’s Director General by the name of Balarabe Shehu Illela said the section of the Broadcasting Code that Trust TV, NAT-StarTimes, DStv, and TStv violated states that, “No broadcast shall encourage or incite to crime, lead to public disorder or hate, be repugnant to public feelings or contain offensive reference to any person or organisation, alive or dead or generally be disrespectful to human dignity.”

I watched both documentaries, and there’s nowhere they come even remotely close to encouraging or inciting crime; precipitating violence; inspiring hate; hurting public feelings; or singling out a person, a group of people, or an organisation for public ridicule.

As the reader can see, Lai only used Kadaria’s article as a propaganda prop to execute a predetermined course of action that he didn’t have the intellectual resources to justify on his own.

Well, Kadaria’s claim that by giving airtime to terrorists, their cause is being amplified and that it would serve as a tool for recruitment has no basis in evidence. Terroristic banditry doesn’t need the media to grow; it needs only the absence of consequences, which the government is responsible for.

Since kidnapping for ransom took roots years ago, transmuted into terrorism, and finally morphed into the full-scale Hausa-versus-Fulani ethnic war that we’re seeing in places like Zamfara and Katsina, only Trust TV’s March 5 and BBC Africa Eye’s July 28 documentaries have highlighted the issues that drive the conflict in the course of which they spoke with terrorist ringleaders.

The fact that the conflict keeps exacerbating over the years in spite of relative media neglect of terrorist ringleaders until this year is sufficient proof that media reporting is immaterial to its escalation.

Kadaria’s claims sprout from a long-discredited media theory called the hypodermic needle, which assumed that the influence of mass media messages on receivers resulted from a direct, unmediated access to media messages and that the media are like social syringes that can inject attitudinal changes in people with immediate and dramatic effects.

Research after research has shown that this “big-effect” conception of the media isn’t supported by any empirical data anywhere in the world. People who aren’t already inclined to terroristic violence won’t start taking up arms to join banditry because they saw a “glorifying” interview with a terrorist leader on the BBC or Trust TV. That’s a very simplistic and reductionist understanding of human behaviour.

For example, although mainline American news media have imposed on themselves the ethical burden to conceal the names of rape victims or criminals who are minors, they sometimes flout this code when the circumstances warrant it. British media ethics are also different from American or Chinese media ethics.

So, Nigerian journalistic practice isn’t bound by what BBC would have or wouldn’t have done in Britain. Nigeria isn’t Britain. For one, it’s inconceivable that the British government would allow domestic terrorists to luxuriate on the fringes of their society, take over vast swaths of land relatively unchallenged, and murder innocent, unarmed men, women, and children with impunity.

Were that to happen in Britain, the British media would be professionally irresponsible, not to mention unpatriotic, to not do what Trust TV and Yusuf Anka did in their documentaries. It’s the government’s responsibility to not allow terrorist kingpins to build terror fiefdoms in the country. Had the Nigerian government taken that responsibility seriously, neither Trust TV nor the BBC would have had any terrorist leader to interview and, to borrow Kadaria’s phraseology, glorify or amplify.

The news media don’t create the news; they only report it. It is irresponsible to guilt-trip and penalise them for not ignoring an ugly but incontestable truth that makes an inept government and self-important private people uncomfortable.

Although journalism ethics are variable, there is a three-question template that most journalists use to navigate the professional dilemma publishing or broadcasting a contentious news story, and it goes thus:

“Is the information of such overriding importance that it can help people avoid harm?” The answer is a definite yes in the case of Trust TV’s and BBC’s documentaries. Knowing what motivates the terrorists to do what they do and the methods they deploy to inflict evil will help many people avoid harm.

“Can the information be obtained through public records or other means?” No, there is no alternative to interviewing the terror leaders to get the same effect as speaking to them directly.

“Are you placing innocent people at risk?” Nobody was at risk in the documentaries. But in my debate with Kadaria on her radio show, she took issue with the fact that the BBC didn’t interview the Hausa vigilantes who fend off or fight the terrorists. Doing that would have been the real ethical violation because terrorist honchos would know who they are and target them.

Kadaria also cherrypicked her facts about the British media’s reporting of its domestic terrorists. Here’s the response of Dr Abdulbasit Kassim, who just completed his PhD in Religion at Rice University and earned a master’s degree from the UK:

“BBC and Channel 4 conducted interviews with active British fighters of the Islamic State and Jabhat al-Nusra in Raqqa and Mosul during the heyday of the IS Caliphate, including the 2013 interview at Idlib with the Nigerian-born Khadija Grace Dare.

“The same BBC gave constant media appearances to Anjem Choudary (the teacher of Michael Adebolajo who beheaded Lee Rigby in 2013), and the Hindu-born convert Siddhartha Dhar, both of whom played a pivotal role in the migration of Muslim Youths from Britain to the Islamic State.

“Abdul Bari al-Atwan and Al-Jazeera also conducted interviews with Bin Laden, Mustapha Abu Yazeed, and the American convert Adam Gadahn, all of whom were active members of al-Qaida. The same Al-Jazeera also interviewed Abu Muhammad Al-Julani, the leader of Hayat Tahrir al-Sham (HTS) in Syria in 2013.

“In 2021, Martin Smith of PBS sat down for a two-hour interview in Idlib, Syria, with Julani, not to mention all the interviews Bilal Abdulkarim (On the Ground News) conducted with foreign fighters for CNN, BBC, and Al-Jazeera during the peak of the Syrian Jihad.”

Finally, it is our sense of collective low self-worth as a people that makes us pay more attention to what foreigners say about us than what we say about ourselves. When Trust TV did its documentary and interviewed terrorist ringleaders (including Lai himself), neither Kadaria nor Lai was bothered.

They are only worried because the BBC also did what Trust TV did. That betrays a deep-rooted inferiority complex. I hope Trust TV and other stations will appeal the fines because Kadaria’s article that inspired them is meritless and Lai is an irresponsible blabbermouth who will latch on to anything to control the media.