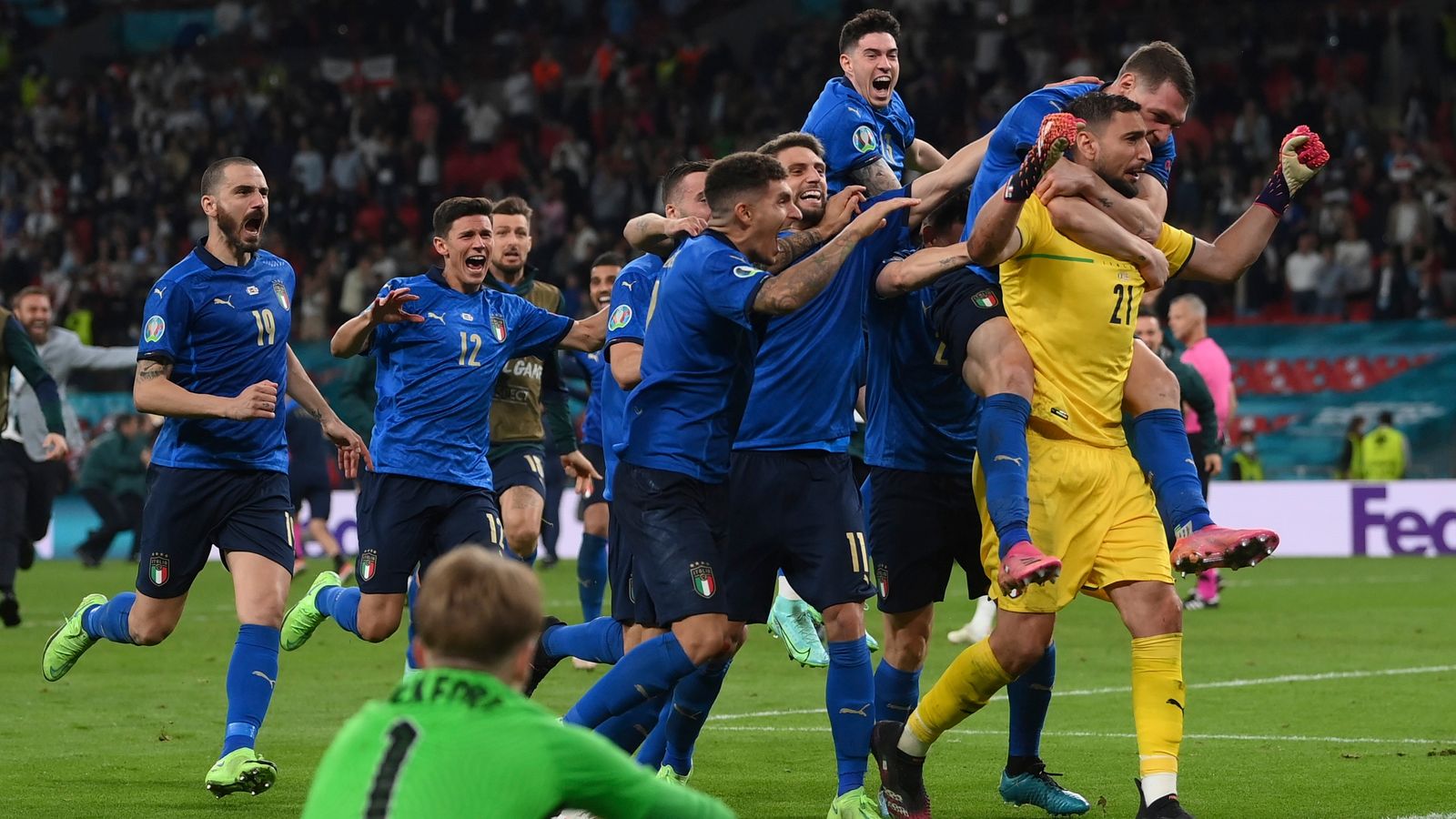 The Three Lions took the lead very early at Wembley, after Luke Shaw fired in at the near post.

Roberto Mancini’s men drew level after the break, with Leonardo Bonucci firing home inside the box.

The game eventually was decided from 12 yards.

Andrea Belotti and Jorginho saw their kicks saved by Jordan Pickford, while Marcus Rashford, Jadon Sancho and Bukayo Saka all missed for England.

It is Italy’s first Euro triumph since 1968 and the sixth of such victory.