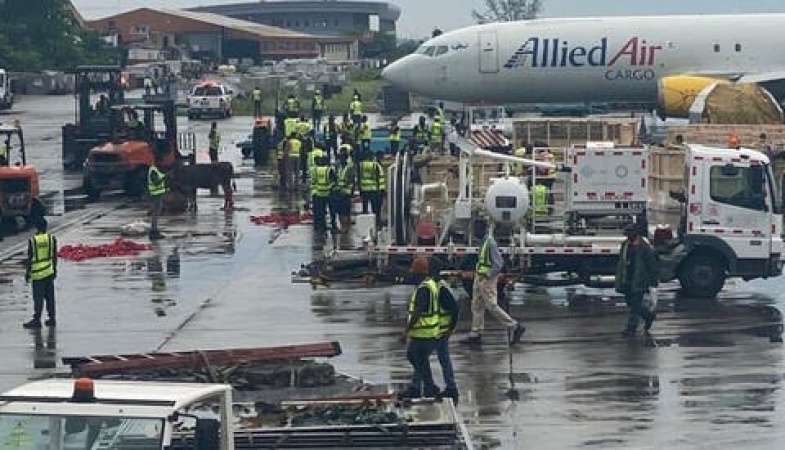 There was a drama at the cargo area at the international wing of the Murtala Muhammed International Airport, Lagos, when one of the 250 cows flown into the country through the airport broke loose from its crate, leaving airport workers at the tarmac running for cover.

The bubble burst when one of the crates carrying the cows got damaged and the ground staff could not secure the cows after offloading which forced one of them to break loose and started chasing airport workers present on the tarmac.

The drama did not last for too long as those on ground were able to bring the cow under control.

The cows have successfully been loaded into waiting vehicles for their transportation to Ekiti State.

The cows were said to have been imported into the country by Ekiti State Government in partnership with a private organisation for their Dairy Farm in Ikun.