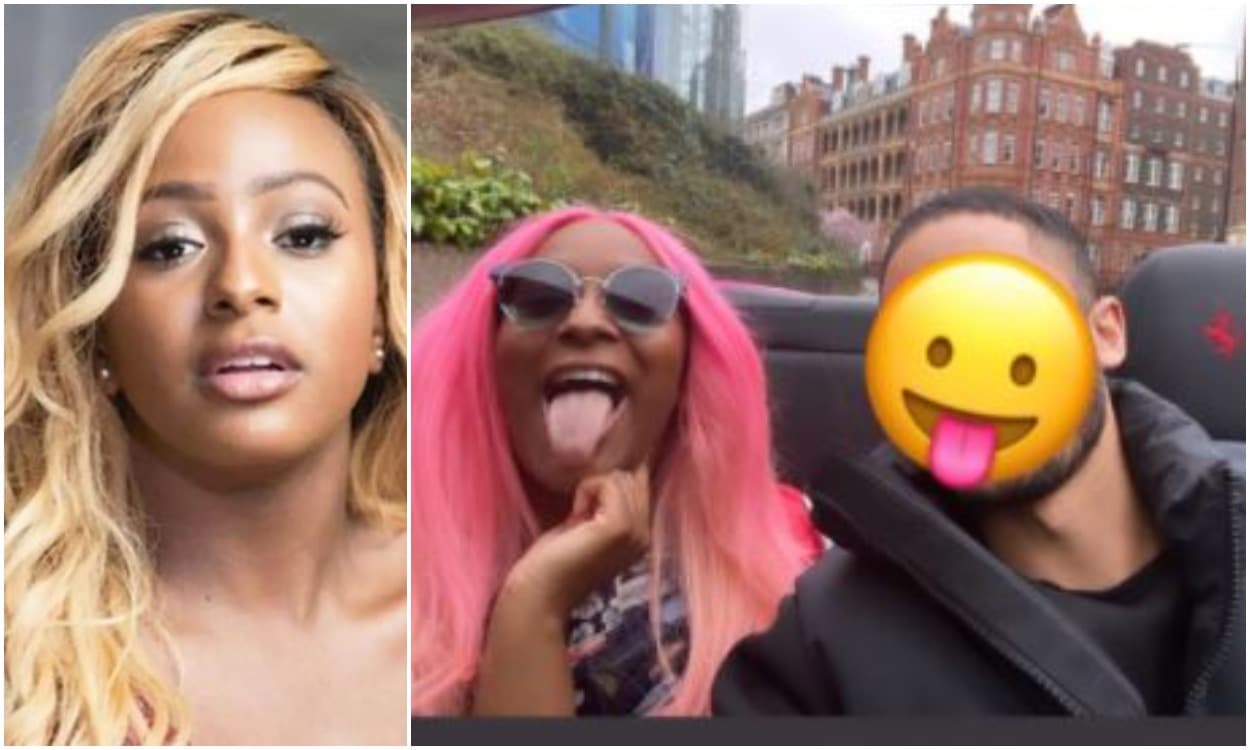 Daughter of Nigerian billionaire and disc jockey, Florence Ifeoluwa Otedola popularly known as DJ Cuppy seems to have found love again after being single for so long.

DJ Cuppy who recently dropped a lawsuit against Davido’s aide Israel Afeare following a public apology was seen on a road trip with a mystery man who we believe is the bone of her bone.

Taking to her instastories, the female Dj shared a video hiding his face from the prying eyes of the media.

Kemifilani recalls that DJ Cuppy, in a statement shared on Twitter, said she would no longer be proceeding with the suit following Israel’s public apology. The Singer and disc jockey DJ Cuppy announced she has discontinued her libel and defamation suit against her colleague Davido’s aide Israel Afeare.

DWL Isreal had earlier reached out to the billionaire’s daughter and female disc jockey, Cuppy, for dropping the lawsuit filed against him.

However, in a recent post, barely 24 hours after reaching out, DWL Isreal via his social media threw a subtle shade. He wrote;