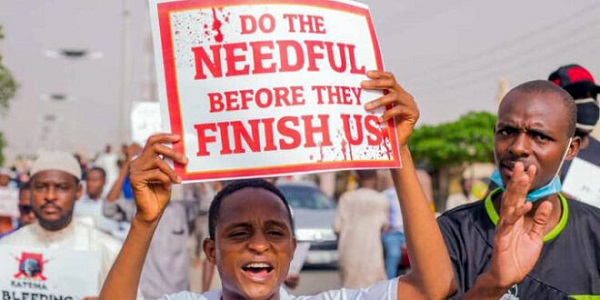 Rising insecurity can be tackled through job creation, speakers at the ‘How to Fix Nigeria’ symposium have said.

It was organised by OYA Media led by popular TV host, Funmi Iyanda.

The Nigeria Series of the platform is funded by the MacArthur Foundation and focuses on conversations revolving around the singular theme of Uniting for Action.

The series, which kicked off in Ibadan on June 24, will be held sequentially in all the six geo-political zones, including Kano (the next stop), Enugu, Calabar, Bauchi and Abuja.

Adeleke decried the security situation in the country, saying that if left unaddressed, it was capable of causing poverty and hunger in the land.

He said Nigerians must ensure that leaders who have failed are not voted back into office.

He urged the government to take decisive measures to address the farmer-herder to prevent famine.

Danjibo said though conflict is inevitable in any society, it can be managed and resolved amicably.

He stressed that leaders have a big task on their hands in ensuring there is peace in the country.

“Northern Nigeria has the landmass of five European countries combined, with fertile soil. In the North, almost everyone is a farmer.”