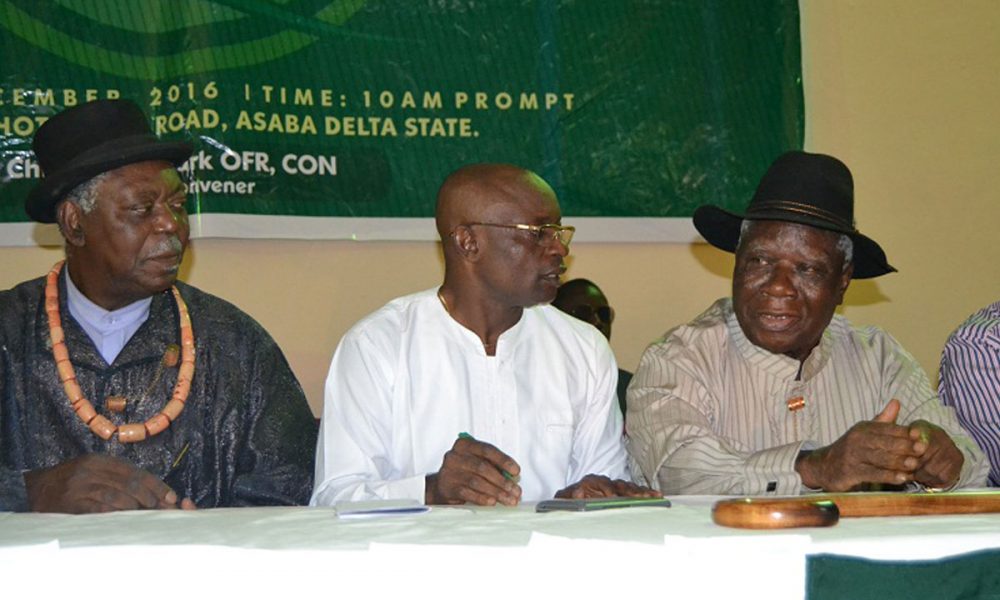 The Pan Niger Delta Forum (PANDEF) has reacted to the allegation by the Presidency that some leaders were plotting to overthrow President Muhammadu Buhari.

In a statement on Tuesday by the presidential spokesman, Femi Adesina, the presidency had alleged that some disgruntled religious and past political leaders were behind the plans.

The presidency had vowed to deal with any group plotting to overthrow the Buhari-led federal government, saying it will not allow anyone to undermine the government and the nation’s sovereignty.

It said that any group making such plans will be dealt with even if some unruly feathers would be ruffled in the process.

According to the statement, some persons have planned to hold an illegal conference where a vote of no confidence will be passed on President Buhari.

The statement read, “The Department of State Services on Sunday alerted on sinister moves by misguided elements to wreak havoc on the government, sovereignty and corporate existence of the country.

“Championed by some disgruntled religious and past political leaders, the intention is to eventually throw the country into a tailspin, which would compel a forceful and undemocratic change of leadership.

“Further unimpeachable evidence shows that these disruptive elements are now recruiting the leadership of some ethnic groups and politicians round the country, with the intention of convening some sort of conference, where a vote of no confidence would be passed in the President, thus throwing the land into further turmoil.

“The caterwauling, in recent times, by these elements, is to prepare the grounds adequately for their ignoble intentions, which are designed to cause further grief for the country.

“The agent provocateurs hope to achieve through artifice and sleight of hands, what they failed to do through the ballot box in the 2019 elections.”

Reacting to the allegation, National Publicity Secretary of PANDEF, Ken Robinson, asked the Presidency to stop chasing shadows and look for ways to tackle the myriad of problems facing the country.

He said, “It is rather shocking that the Presidency would under the prevailing situation of disastrous insecurity tag religious leaders and past political leaders as ‘disgruntled.’ That is the least expected.

“PANDEF cautions that the Presidency should stop chasing shadows. Citizens are anxious and troubled, many are becoming hopeless, with even the security agencies seemingly helpless and vulnerable.”