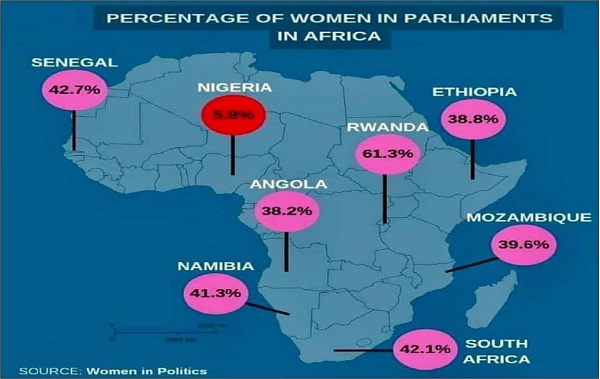 There is a popular saying that each society gets the leadership it deserves. That statement in no way absolves those who steal the will of the people through flawed electoral processes from party primaries to general elections. It does not support those who seize power through the barrels of the gun. It simply redirects our attention to the fact that the people who emerge through the democratic processes in free and  fair elections are the voice of the people who choose them or who aid and abet illegalities through  the system.

Politicians emerge from the people and so when people point fingers at politicians as the only corrupt people in town it becomes laughable. On the other hand, civil society try to do their best to mediate between the people, agencies and governments in ways to make life more just and equitable while holding governments to account. Civil society organizations in developing countries like Nigeria equally face a lot of challenges. They are from the society and are not immune to socio-cultural and religious issues that affect the larger population like the lack of gender parity in the political economy.

The RoundTable Conversation sat with Olufunke Baruwa, a Gender and Development expert, feminist and public speaker with focus on public policy and governance and the Program Officer for Ford Foundation for Gender, Racial, and Ethnic justice in West Africa.

We asked her the challenges she has noticed as one coming with a civil society background to her present position. To her, Civil Society cannot change the dynamics in Nigeria. Civil society is a tiny percentage of the people and a reflection of the larger society. To her, civil society is trying but there is so much that needs to be addressed in a holistic way by everyone. We have an entrenched socio-religious culture that is very resistant to change.

On gender issues for instance, most people  grew up with some interpretation of roles for the genders and it is a herculean task trying to explain to most people that their views might be old but not functional in a 21st century. Even some in the civil society are instinctively plagued by the socializations that they took from home. Some of the social norms are embedded in them. For instance some of them bring their personal experiences and  culture into their daily lives in ways that pose stumbling blocks to any form of change into the civic space.

To be a functionally productive activist, you must unlearn some of those cultural nuances that hold society down and most of them are gender based. It is not a field you pick one over the other. You can’t say for instance that you are fighting for social justice and equity but you are in the vanguard of those with gender biases that say women must not be in the political space for instance.

You must not compromise on certain standards whether or not you are comfortable with them but that is not saying you confront your socio-religious views in an unhealthy way. For instance, you can’t speak from both sides of your mouth on issues. You cannot be in the field advocating for gender equity in education and at home you choose to send only your sons to school alleging that the girl would just be married off. The Civil society is doing well but there must be a deliberate effort to identify and readjust from implementing or propagating gender biases that are retrogressive.

People must  detach themselves from some parochial views that have negative impacts on society. Everybody is equal before the law and that includes even at home. The toxic patriarchal views must give way to more progressive ideas that uplift the society whether rich or poor. Olufunke believes that we must think back to the era that had women contributing to leadership and recalls how the Funmilayo Ransome Kutis, Margaret Ekpos, the Gambo Sawabas contributed to Nigeria’s independence but donor agencies are being stretched too thin so we must have a system that supports our development.

Oluremi  Chiroma Ardo is the Head of Unit/Gender  Independent National Electoral Commission  (INEC) office in Kwara state and believes that what INEC has been doing is encouraging fair play with the political parties and encouraging men to support the women and stop bullying women out of the political space through the subtle barricades.  The unit is presently working on pushing for electoral laws and if possible a constitutional review that can make for justice and equity in our electoral processes.

She say that the governor of Kwara state, Abdurahman Abdurasaq for instance has a sizeable number of women in his cabinet and that is very encouraging. Oluremi believes that women should support each other and not give vent to the idea that women cannot work together. INEC has a programme ‘Catching them Young’ all over the country to groom young people to look at leadership as not for one gender. Political participation must be fair to women so they can participate. The unit  organizes seminars and workshops aimed at enlightening even traditional  and religious leaders on the value of gender justice. The unit also sensitizes the staff that gender equality is not just rhetoric but must be practiced as example to others.

In Kwara state, the Unit has made successes as quite a number of women are in the government. At INEC, the target is to improve the quality of elections in ways that there is equity and fairness. Political parties are being re-orientated to readjust. Organizing nocturnal meetings by political parties for instance tend to discourage a lot of women from being politics and is being seriously worked on. The political parties must be more  sensitive and fair in their activities.

It is in the interest of the country that political parties realize that giving access to women to have an equal chance at political contest would really develop the country and both men and women would benefit. Nigerian men must realize that they are better off supporting qualified individuals for a better structured institutional growth and that means giving women access to education and healthcare. The women are not telling the men to give up and allow themin  but to create a level playing field where every woman who is capable and willing to contribute to leadership is discourages by some mundane laws and considerations.

Support for women is not restricted to the political space. It has to start from homes where the girl child must be loved and given an equal opportunity that can make her achieve her fullest potential. INEC gender policy is in the works so that we can make progress. Rwanda is making progress and that would help everyone given the recourses and human capital available in the country. The gender Unit equally encourages women to be out there in the political field and support each other . There must be mentorship from the older women in politics so that the younger women can learn the ropes. There must also be a collaborative effort from the men too because development helps everyone.

The RoundTable Conversation sees the map above as very instructive. If Nigeria is so low on the global, continental and sub-regional statistical table in terms of the percentage of women in parliament which is a strong pillar of democracy, is there any wonder Nigeria is the poverty capital of the world? The subtle exclusion of a greater number of women in the political space of course is like cutting one’s nose to spite the face. All hands, the people, governments, Civil Societies and agencies must  collaborate to make Nigeria a better country for all.