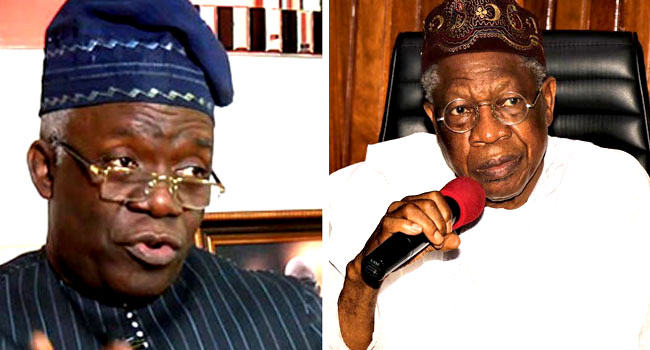 He stated this in a statement on Wednesday in reaction to the remarks of the minister on the report of the Lagos State Judicial Panel of Inquiry on Restitution for Victims of SARS Related Abuses and other matters.

Falana noted that President Buhari had told United States Secretary of State, Antony Blinken, during a meeting recently that state governments would have to take steps on the reports of their panels before the Federal Government would act on the recommendations.

He stressed that by his action, Mohammed has overruled the President by rejecting the report of the panel in Lagos on behalf of the Federal Government.

Falana also accused the minister of insulting the Governor of Lagos State, Babajide Sanwo-Olu, by rejecting the report of the panel instituted by him under the Tribunal of Enquiry Law of the state.

Falana stated that Governor Sanwo-Olu has been presented with a fait accompli by the minister despite that he is still studying the report.

Falana faulted Mohammed, saying the action of the minister undermined the rule of law and social justice in the land.

He, therefore, urged the Lagos State government to ignore the rejection of the report by the minister, stressing that the Federal Government’s name was not clothed with any power under the Tribunal of Enquiry Law.