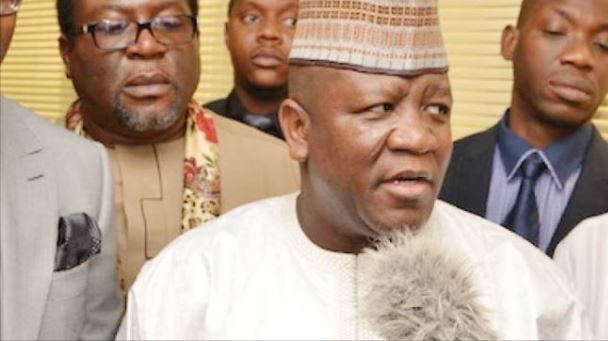 Former Governor of Zamfara State, Abdul’aziz Yari, has rejected his removal as the leader of the All Progressives Congress in the state by the Mai Mala Buni-led National Caretaker Committee.

Naija News reports that the APC Caretaker Committee had dissolved the party’s executive at all levels in the state, and inaugurated a three-man caretaker committee to run the party’s affairs and resolve internal wrangling following the defection of Governor Bello Matawalle to the party.

But in an interview with the BBC on Monday, Yari rejected the role of the committee as directed by the national leadership.

The former governor described the action of the national leadership as a “grievous inaccuracy that goes beyond one’s thought.”

He added that the Mai Mala Buni-led National Caretaker Committee has no power to remove him as leader of the party in the state.

He also alleged that the appointed interim leaders of Zamfara APC were not genuine members of the party, adding that “none of them has APC membership card.”

The former governor said if the APC top echelon fails to unite members, it would spell doom for the ruling party.

Yari argued that dissolving old and genuine members and replacing them with new ones was a violation of the party’s constitution, and threatened to take legal action against the party.