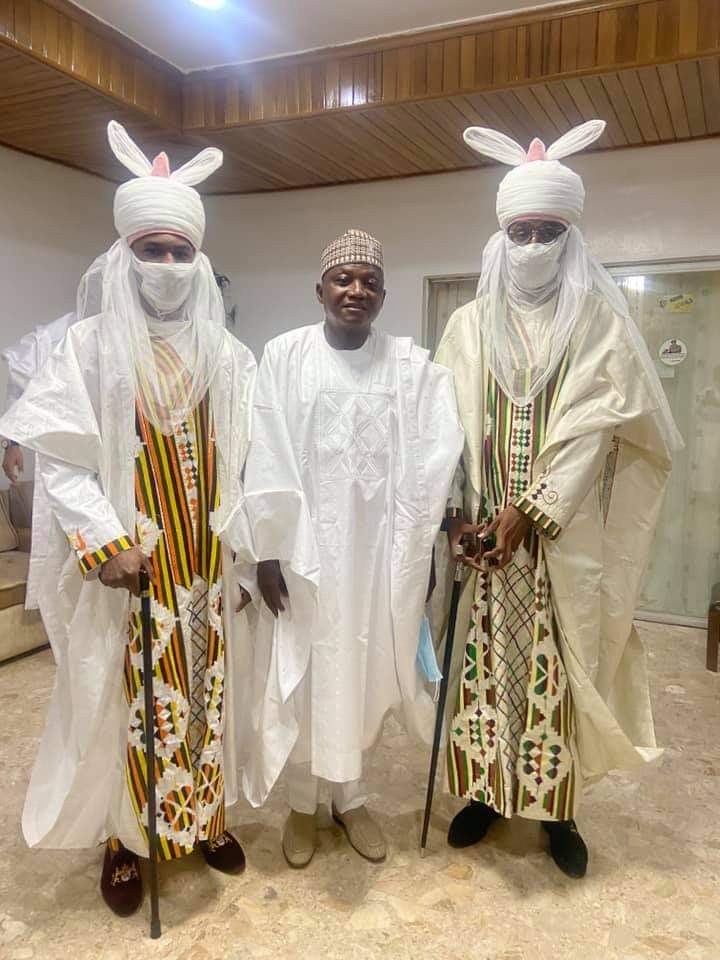 A son of the President, Major General Muhammadu Buhari (retd.) has been turbaned the Talban Daura.

The First Son was turbaned alongside Musa Daura, who is now the Dan Madamin Daura.

The Talban Daura is a top traditional position in Daura Emirate of Katsina State, reports say.

It may be recalled that, last August, Emir of Daura, Umar Farouq, had also conferred the traditional title of ‘Talban Daura’ on the President of Guinea, Alpha Conde.

Farouq said the title was conferred on President Conde in recognition of the love he had for Buhari.

Explaining the reason for his action, Emir Farouq had said, “President Conde left all his schedules in his country to celebrate Eid-el-Kabir with his counterpart, President Buhari in Daura.

“This is a great honour to us. We also decided to reciprocate the honour by giving you a traditional title.

“I confer on you the title of Talban Daura for accompanying our son, President Buhari to observe Eid-el-Kabir celebration in the ancient city of Daura.

“Talban-Daura is a title given to a great person like President Conde, we indeed thank you for the visit.”