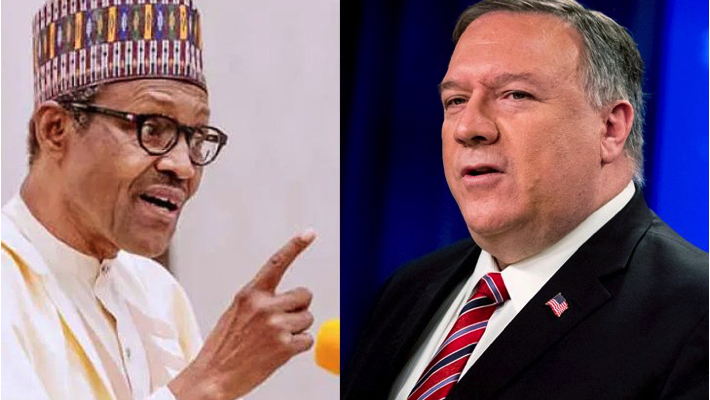 The American Centre for Law and Justice (ACLJ) has expressed concerns on the tolerated persecution of Christians in Nigeria through a petition by Mike Pompeo, the former U.S  Secretary of State and former Director of the Central Intelligence Agency (CIA).

The ACLJ says it had filed its 18th written submission and made critical oral interventions at the United Nations Human Rights Council regarding the plight of Christians in Nigeria.

The Centre is a politically conservative, Christian-based social activist organisation in the United States founded by Pat Robertson in 1990 with the mandate to protect religious and constitutional freedoms.

According to the rights group Intersociety Rule of Law, 1,470 Christians were murdered and over 2,200 were abducted by jihadists in the first four months of 2021.

Mr Pompeo stated that Christians in Nigeria are not only having their rights to religious freedom denied but are also being murdered because of their faith.

According to him the Nigerian government was tolerating the killings and denial of religious freedom which necessitated the adding of the country to the state department’s countries of particular concerns (CPC) in December 2020 during the Donald Trump Administration.

“We did this because we recognised reality – the Nigerian government was tolerating the systematic, ongoing, egregious violations of the religious freedom of its people, allowing them to suffer at the hands of radical Islamic terror.

This designation signaled to the Nigerian government that swift action on their part was needed to put an end to this persecution, or there would be further consequences in the form of sanctions and increased diplomatic pressure,” he said

He went further citing example of the 14 year old Christian girl who was adopted from school on February 19 2018 who is yet to be freed.

“In 2018, 110 schoolgirls were kidnapped by Boko Haram, a radical jihadist terrorist cell.  Eventually, when a deal was cut to return most of the girls home, one was held back – Leah Sharibu.

This unbelievably brave and faithful girl refused to renounce her faith as a Christian; and for that reason, Boko Haram refused to release her and condemned her to slavery.

Three years later, she is still being held as a slave by this cowardly terrorist cell in northeast Nigeria,” he said.

“Her story is tragic, infuriating, and emblematic of a troubling trend of Christian persecution in Nigeria.

Open Doors’ Country Report notes that today, more Christians are murdered for their faith in Nigeria than in any other country in the world.  The number of Christians murdered there increased by 60 per cent in 2020.

The presence of radical, jihadist Islamic groups in northern Nigeria, such as Boko Haram and the Fulani herdsmen, ensures that this ongoing persecution is likely to get worse.

I have personally met with Christian Nigerian leaders and heard their tragic stories of those who have been persecuted because of their faith.”

Mr Pompeo says Nigerian government needs to account for not taking actions thereby allowing the stay of terrorist persist in the country.

“What is happening to Christians in Nigeria warrants serious action. America has always stood as a beacon for freedom, and we can only back up that responsibility if we take seriously our obligation to stand up for the rights of religious believers around the world.

American civil society and the American government need to hold the Nigerian government accountable for its inaction in allowing terrorist organisations like Boko Haram to fester in their nation.

If the problem is allowed to persist, it will only spread and become worse throughout Africa and around the world.

The killing must end,” he said.

As of the time of filling this report, 355,660 signatures were already on the petition.