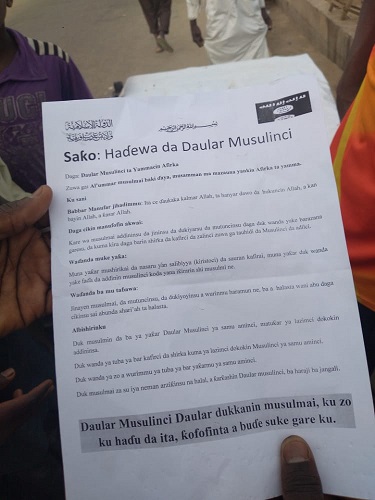 He said his constituents have been at the mercy of Boko Haram in the last 24 hours.

Shettima told The Nation he can authoritatively confirm the insurgents were in control of Geidam town.

He alleged the insurgents have been moving around the town unchallenged, destroying government facilities and private properties.

He said they have also burnt down telecommunication masts in the town.

The lawmaker alleged the Army in Geidam refused to act on credible information provided ahead of Friday’s attack but allowed the insurgents to invade Geidam unchallenged.

According to him: “My people are helpless, you can’t imagine that as a full Nigerian citizen you can be at the mercy of Boko Haram for the past 24 hours and nobody cares to do anything about it.

“They will send jet that will go and bomb innocent people instead of the Boko Haram. This is the kind of thing that is going on now.

“The military formation that is stationed there does not care to react to what is happening or to counter them.

“The military are sitting at the western side of the town while Boko Haram are busy moving around town destroying government structures and other things belonging to our people, attacking or harassing innocent people sent out of their houses.

“The only word I can use here is that people are helpless in their motherland. This is very terrible.

“As legislators, we are really disturbed especially when money is appropriated and budgeted for them but yet when this kind of thing happens, they will be complaining of lack of weapons to defend themselves talk less of the majority of Nigeria.”

He went on: “We don’t know if the President can seat up and check to know taking into cognizance what was revealed by National Security Adviser on the issue of the $1 billion given to the military that cannot be accounted for.

“These are the things that we should understand that there is a problem in the military architecture of the country. They need to find out what is exactly happening.

“When they say the local don’t share information with them but in this case, information is shared at the appropriate time but nothing is done.

“Yesterday around this time, these people were informed duly that those guys are coming all the way from the fringes of Lake Chad without hiding.

“In the attack of yesterday, they were in a convoy of about 20 vehicles and came into Giedam and held the town to ransom for more than 24 hours.

“Some of their vehicles broke down and they even stopped and repaired them. They were going around the town and children were following them.

“Authoritatively I can tell you that these insurgents have taken over Geidam. You can see the videos and the pictures as they move about burning what they want.

“We have been complaining to the government to relocate the military camp from the western side to the eastern side where Boko Haram usually come but nobody is listening to us.

“The soldiers just stay at their camp and allow the insurgents to come to the town and do what they want to do before the jet will come and start hovering in the sky without doing anything. While the ground troops are staying in their camp.”