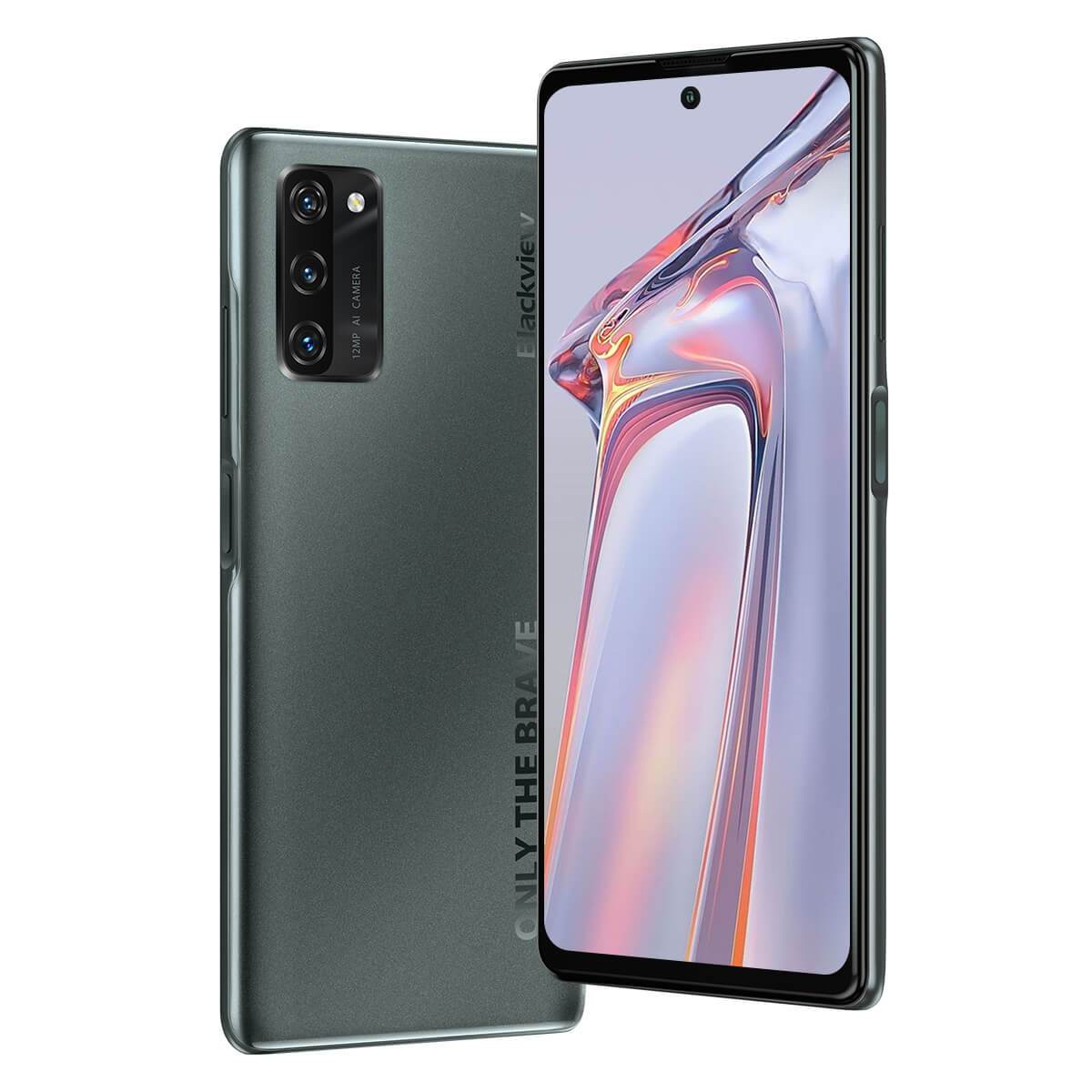 Having a look at the Blackview A100 chassis design and then comparing it to what was offered on the A90, indicates a very substantial variation.

In my opinion, Blackview did a good job in offering a more refined design, that passes for a more modern design.  What we have here is a design that doesn’t scream low-budget. Which of course is a good thing.

Taking a look at the rear reveals a near subtle setup, with its main feature being a square camera module with three cameras and an LED flash. Also on the rear is the Black view branding indicating it’s a Blackview smartphone and also a text that reads “Only the brave”. This text reminds me of the “Dare to leap” text on Realme phones.

Moving up front, we find a 6.67 IPS LCD, with a hole punch camera in the top-middle position, as opposed to having a drop notch as seen on the A80. The highlights of this display include a resolution of 1080 x 2400, a density of approximately 395 PPI, and a 20:9 aspect ratio.

Enthusiasts in the market to purchase this device will have three colour options and include Gray, Green, Blue, and Pink.

On the camera side of the Blackview A100, we have a set of capable cameras, that groups as a triple setup on the rear and a single camera setup upfront.

The rear setup comprises a 12MP primary with a Sony IMX362 sensor, an 8MP wide-angle camera, and a depth camera, while upfront, we have a single 8MP selfie camera hosted in the punch hole on the display.

As mentioned in the introductory paragraph, the Blackview A100 may just be the game changer we may have been expecting. This is majorly facilitated by the kind of hardware it possesses.

Onboard this Android smartphone, is the combination that is above the low-end system we have seen on offerings in the Black View A series in the past.

Rocking this smartphone is an Octa-core Mediatek MT6771T processor A.K. The Helio P70. We also have 6GB of RAM, a 128GB built-in storage, a non-removable 4680mAh battery, and also 18W fast charging.

On the software side, we have the Dove OS 2.0 user interface running on the Android 11 operating system.

The Blackview A100 features a 3.5mm headphone jack, USB Port, Wi-Fi, and Bluetooth and NFC.

Internet connectivity is capped at 4G LTE. This means streaming, downloads and uploads are capped at 4G speeds.

The Blackview A100 is currently available for sale and can be purchased from leading online retail shops like Ali express.

Here are a few specs of the Blackview A100: