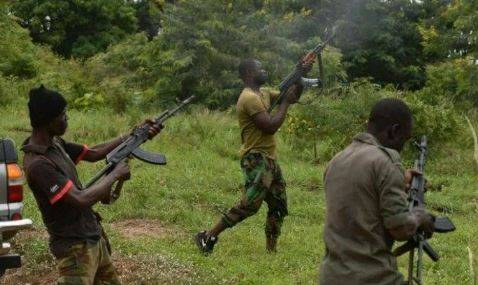 According to SaharaReporters, the gunmen suspected to be bandits who abducted 156 pupils of the Salihu Tanko Islamiyya School in Tegina town of the Rafi Local Government Area of Niger state have increased the ransom for their release to N200 million.

The bandits had initially demanded N110 million for the release of the victims, mostly girls, with a threat that if the money was not delivered, they would be killed.

SaharaReporters had reported how gunmen on May 30 broke into the private school where they abducted children attending Islamic lectures.

The school, which comprises nursery and primary arms, also hosts Islamiyya students in the evening and at weekends.

Tegina is the hometown of the Local government chairperson, Isma’il Moddibo. It is in the same local government area with Kagara where bandits earlier this year abducted many students but later released them after negotiation with the state government.

Abubakar Alhassan, the school head teacher and a parent of two of the abducted children, while speaking with Arise TV on Friday, said “the bandits are serious about killing our children if we cannot pay.”

“They say I should not even talk about N110 million again but N200 million,” he added.

“I was begging them but they didn’t listen. They cut the phone (sic) and I haven’t heard from them (since then).”

On her part, Hadiya Hashim, another parent of three abducted children, lamented the terrible situation of the pupils.

She said the children were starved for three days and deprived of water.

“The situation these children are in, you can’t imagine. You know they don’t have houses in the bush. Initially, the scanty report we received on Monday, said they kept the children under a big tree and starved them for three days without giving them any water,” she said.