Any hope for economy in second half of 2021? 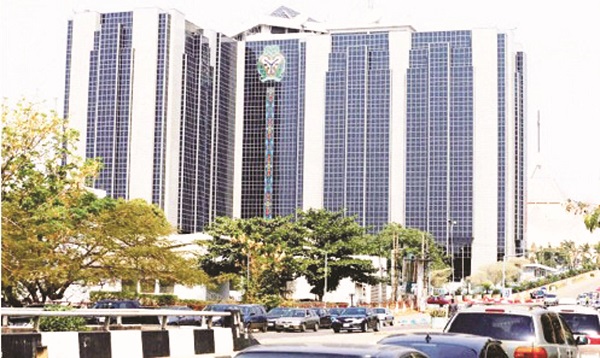 With the economy still in a parlous state owing to a combination of factors bordering on the complex and the superficial, analysts who have watched the trend of events in the first half of the year are already predicting forlorn hope for the second half based on current economic fundamentals. Ibrahim Apekhade Yusuf in this report examines the issues

Indications are that an air of uncertainty hovers around the nation’s ecosystem at this time. To say the least is to say the economy is in dire straits.

From banks, fast moving consumer goods companies, telcos, services and others, the outlook is not exactly nothing to cheer about.

From available information, the Central Bank of Nigeria had voted unanimously to leave its monetary policy rate unchanged at 11.5% during its May 2021 meeting, as widely expected.

The move is expected to allow further economic growth, despite persistent inflationary pressures, after the country exited recession last year. Nigeria’s annual inflation rate declined slightly to 18.12% in April 2021 from 18.17% in March, but remained well above the central bank’s target range of 6-9%, continuing a trend that began in 2015.

Meanwhile, latest data showed Nigeria’s economy advanced by just 0.5% in the first three months of 2021, slightly faster than a 0.1% rise in the last quarter of 2020, suggesting a slow recovery.

How banks are responding to austerity

Investigation by our correspondent however revealed that the deposit money banks are informing some of their customers that they are about to increase interest rates on loans in response to the economic situation in the country.

According to informed sources who, account officers of some banks have started calling customers with consumer loans to expect an interest rate hike. This means customers with personal loans, mortgage loans and other forms of loans should expect communication from their banks that interest rates may rise soon.

Nigeria has witnessed galloping inflation in recent months jumping to as high as 18.17% in March before tapering to 18.12% in April.

Despite the rising inflation rate, the central bank monetary policy rates (MPR), which is a benchmark for interest rate setting remains at 11.5%. The Central Bank in its monetary policy committee meeting held last week reiterated its preference for cheaper credit to the real sector of the economy citing its effect on spurring economic growth.

But while banks have mooted the idea of increasing lending rates, savings deposits rates remain at an all-time low. CBN data also reveals ordinary one year fixed deposit averaged 5.78%, down from above 8% a year earlier. Savings deposit rates still attract less than 4% in interest rates.

Borrowing a bad omen for economy this time

The immediate past Director-General of the Lagos Chamber of Commerce and Industry (LCCI), Dr. Muda Yusuf, while speaking at a public forum, said excessive borrowing by the federal government is a bad signal for a country already experiencing a drain in its revenue.

He spoke at the Bi-Monthly Forum of the Finance Correspondents Association of Nigeria (FICAN) held at its national secretariat in Lagos last Thursday, as part of its capacity building programme.

Speaking on the topic: “Nigerian economy in first half 2021 and outlook for the financial services sector”, Dr Yusuf said that the borrowing spree of the federal government was hurting the economy as it escalates the already high rate of inflation in the country.

He expressed concern that government’s excess borrowing has put pressure on the apex bank to exceed the “5 percent ceiling of actual government revenue for the preceding year”, specified in the CBN Act.

According to him, the fast rate of money supply has adverse effects on the people’s standard of living which has become a source of worry to Nigerians.

“It has inflationary implications; it is not healthy for the economy because inflation erodes the value of people’s income and affects their standard of living.

The value of a currency has a lot to do with poverty and welfare. We must be worried about the fast rate of money supply because inflation triggers poverty.

He suggested rationalisation of spending as a way out of excess borrowing, noting that borrowing to fund recurrent expenditure is inimical to economic development.

On foreign exchange volatility, the immediate past LCCI boss noted that the foreign exchange market faced liquidity constraints in the first half of 2021, and that forex was inadequate to meet rising demand.

“Several businesses and corporates encountered difficulties in sourcing foreign exchange at the formal segment of the market and were forced to source the greenback at the parallel market.

“Foreign currency-denominated loans account for about between 30 percent and 35 percent of bank’s loan book. Foreign exchange volatility is associated with risks relating to asset quality and financial stability,” Yusuf said.

He said that the current CRR environment negates policy that mandates banks to lend at least 65 percent of customer deposits to the real sector and advocating for a flexible CRR policy that would reflect the actual level of a bank’s deposit at any time.

“Also, the National Assembly has passed the 2021 supplementary budget. The budget makes provision for vaccine procurement and security-related expenditures. Lawmakers have endorsed the move to raise $6.1 billion via the issuance of Eurobonds.

“Improvement in current vaccination rate is expected to improve economic and business activities in the country, which is positive for the sustenance of growth recovery.

“Inflation is expected to decelerate in the second half of the year on account of base effects and expectations of modest harvest, barring further exchange rate adjustment.

“With the declaration in inflation rate, monetary policymakers would be further encouraged to keep policy parameters at current levels. Relative stability is anticipated in the foreign exchange market as CBN sustains its intervention efforts,” he said.

Meanwhile, the Minister of Finance, Budget and National Planning, Mrs. Zainab Ahmed said last Thursday regretted that all concerted efforts by the federal government to achieve economic diversification have been affected by a decline in revenue due to the challenges of the Covid-19 pandemic.

Ahmed, who spoke during a webinar organised by the Securities and Exchange Commission (SEC) in collaboration with the Ministry of Solid Minerals Development, noted that the facilitation of funding and provision of structured market platforms such as the commodities exchanges portend significant addition for the mining and solid minerals sector.

She said: “Given the economic challenges occasioned by the Covid-19 pandemic, the ongoing efforts of the federal government to achieve economic diversification has been affected by a decline in revenue, underlined by volatility in global oil prices which is our main source of foreign exchange earnings.

“The mining sector is strategically based as alternative source for revenue generation in the economic diversification plan of the Federal Government of Nigeria. It also has the potential to create employment and develop rural settings for other benefits.”

Light at the end of the tunnel

The Managing Director of Qualinvest Capital, a stockbroking and investment banking firm, Teriba Adeboye stated, “The recent FGN savings bond may be an indication to where yield may be headed as we enter into the second half of the year. The two years tenor yield declined by 54 basis points from 8.889% to 8.35%, while the three years tenor yield also declined by the same margin from 9.889% to 9.35%.

“As predicted at the beginning of the year, it would be a year of two halves; one with increasing yield and the other with decreasing yield. The current existing bond should command premium pricing if this trend continues into the year. In the same vein, the equity space still provided ample opportunities for dividend hunters as traditional companies that pay interim dividends are expected to continue the trend and positive half-year results from the other listed companies on the exchange should stimulate demand.”

He made that projection at Afrinvest’s virtual seminar titled: “The investment playbook for 2021,’ where other analysts also from the research and investment company discussed the investment strategies for 2021.

According to him, “Overall outlook in terms of yield expectations is that we think that demands are going to overweigh the supply and because of that, we expect that this upward trend would reverse at least for the first four to five months into the year and we believe we would now see a bit of uptick towards the end of the year.”