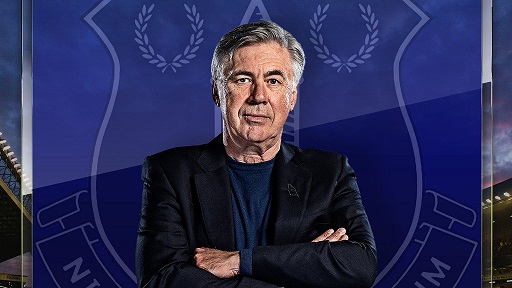 Carlo Ancelotti is in advanced talks with Real Madrid regarding a return to Santiago Bernabeu.

The Blancos are in the market for new head coach after seeing Zinedine Zidane walk away from the final year of his contract.

Various candidates have been linked with one of the most demanding roles in world football, but a man who knows all about those pressures is heading back for a second spell.

Since then, positive progress has been made and an agreement to take the Italian back to the Spanish capital is now close to being completed.

Real are currently working on the compensation package that will be due to Everton, as they prepare to part with a manager that was tied to a deal through to 2024.

Having been aware for some time that Zidane intended to walk away from his second stint at Santiago Bernabeu, Real worked quickly to put contingency plans in place.

Massimiliano Allegri was their top target initially, but he has been reappointed as successor to Andrea Pirlo at Juventus.

Mauricio Pochettino then started to register on the radar, having made no secret of his desire to work with the Blancos, but freeing him from Paris Saint-Germain has proved difficult.

Club legend Raul, who is currently coach of Real’s Castilla side, was also in the frame, along with former Chelsea and Inter boss Antonio Conte.

Ancelotti has, however, risen to the top of the wanted list and is poised to complete a sensational return to Spain six years after an initial stint came to a close.

The 61-year-old enjoyed considerable success across two seasons with Real between 2013 and 2015.

He was the man to deliver La Decima, with the Blancos claiming a 10th European Cup triumph in 2014.