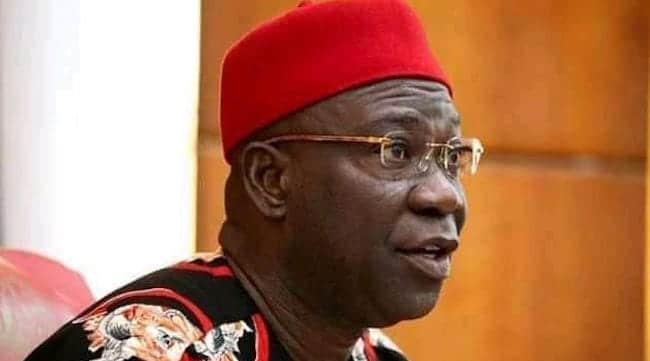 A picture of the former Deputy Senate President, Ike Ekweremadu in a UK court where he was arraigned for alleged organ harvesting, has emerged online.

Recall that in a statement released by the metropolitan police, Ekweremadu and his wife were charged to court on Thursday, June 23, after an investigation was launched by the police specialist crime team.

The police launched an investigation after detectives were alerted to potential offense under modern slavery legislation in May 2022.

The picture of Ekweremadu shows a side view of the lawmaker while in court alongside his wife.

Meanwhile, a former Minister of Aviation, Femi Fani-Kayode has said that Ike Ekweremadu and his wife, Beatrice, may be innocent of the allegation of planning to harvest the organ of a child.

Fani-Kayode, in his reaction in a post on his Facebook page, said Ekweremadu should be presumed innocent until proven otherwise by the court. Read more