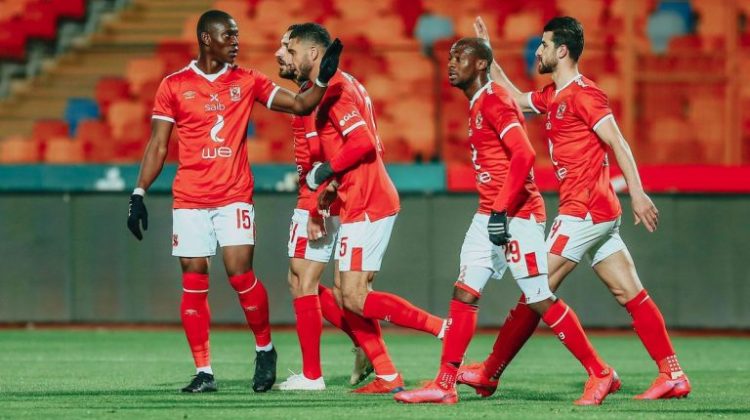 The first shot on target arrived on 16 minutes, with Chiefs’ Samir Nurkovic getting away a powerful effort from just outside the penalty area, but Ahly goalkeeper Mohamed El Shenawy was well placed to make a comfortable save.

Aside from that, chances were few and far between. Ahly dominated possession and were able to create a few overloads in wide areas, but their subsequent crosses and efforts at goal were no threat to Chiefs’ defence and goalkeeper Daniel Akpeyi.

The Amakhosi seemed happy to play a conservative game and look to hit the Egyptian giants on the counter attack, though they lacked the pace and fluidity to really worry the Red Devils’ well-drilled defence.

Chiefs suffered a major blow on the cusp of half time when midfielder Happy Mashiane was deservedly sent off for a reckless challenge on Akram Tawfik.

Initially deemed worthy of only a yellow card, the referee changed his decision after consulting the VAR monitor and sent the youngster for an early shower.

The start of the second half saw the South African side opt for a tactical shuffle, replacing midfielder Nkosingiphile Ngcobo with attacker Khama Billiat, while Ahly swapped out defender Ayman Ashraf (who picked up a yellow card) with Yasser Ibrahim El Hanafi.

It seemed only a matter of time until Ahly, enjoying even more dominance with a man’s advantage, broke the deadlock.

The first goal duly arrived on 53 minutes, with Tawfik playing a superb through ball to pick out the intelligent run of Mohamed Sherif, who then provided a cool finish past Akpeyi to make it 1-0.

The second goal arrived just over 10 minutes later, with a mistake at the back from Chiefs allowing Mohamed Magdi Kafsha to exchange passes on the edge of the penalty area before firing an unstoppable shot into the back of the net via the inside of Akpeyi’s left-hand upright.

Amr El Soulia netted a beautiful third on 74 minutes, whipping home from a back-heel set-up by Sherif as Ahly turned on the style against an increasingly ragged Amakhosi, putting the cherry on top for the now 10-time African champions.