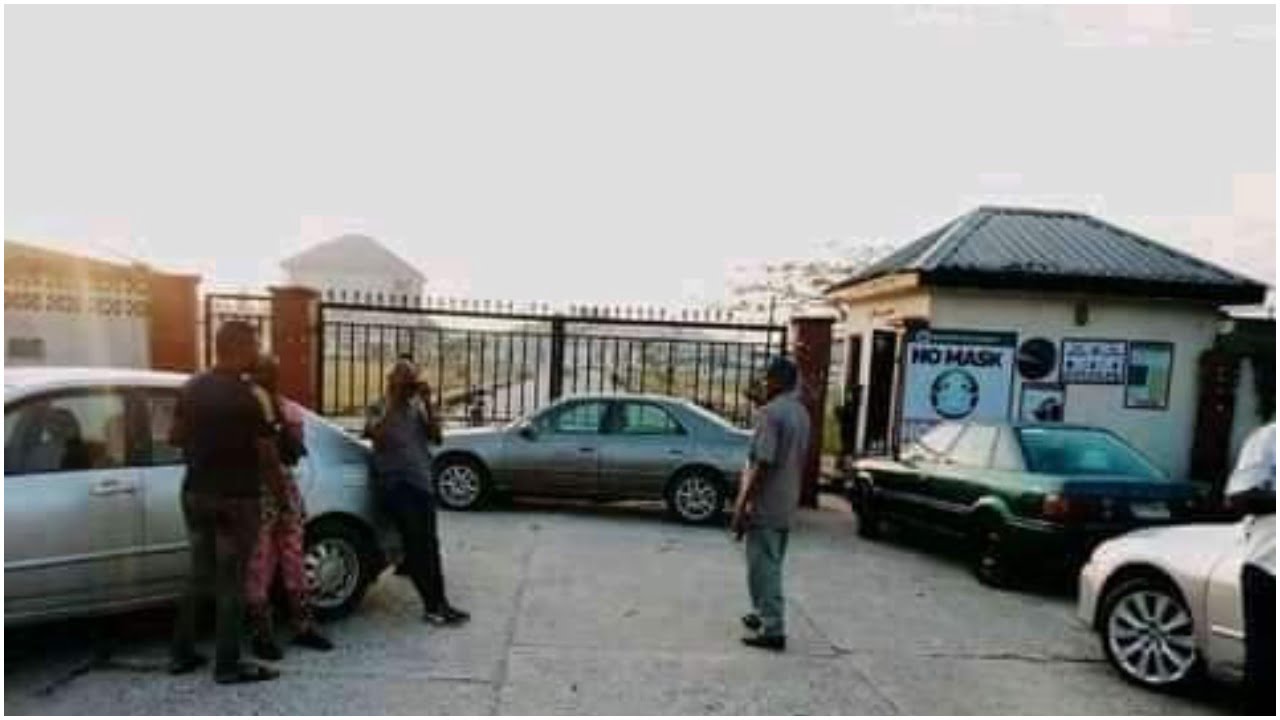 Lecturers of the Akwa Ibom State University (AKSU) have defied the ‘no work, no pay’ threat, refusing to resume work.

A visit to the institution by a DAILY POST correspondent, revealed that activities in the institution are yet to resume as directed by the Governor at the beginning of June.

The four unions in the institution comprising of the Academic Staff University Union(ASUU), Non Academic Staff Union (NASU), Senior Staff Association of Nigerian Universities(SSANU) and the Nigerian Association of Academic Technologists (NAAT) had, over seven weeks ago, embarked on an industrial action in demand for the payment of backlog of their salaries, stoppage of payment of salaries on percentage basis, payment of leave grants and other entitlements.

The Vice Chancellor, Prof. Nse Essien, had directed all the staff members to resume duties on Monday, June 7, 2021 or risk their June salary while urging students to return to school for full academic activities.

In a release signed by the Registrar, Mr John Udo, the Vice Chancellor noted: “all staff members of Akwa Ibom State University should return to their duty posts by Monday, June 07, 2021 and payment of salaries from the month of June 2021 will be based on “no work no pay” Government policy.

“The Vice-Chancellor has appealed to all members of staff to comply accordingly.”

Following the release by the Registrar on Monday, students reported back to the two campuses but were reportedly sent back at the gate by the Joint Action Committee (JAC), comprising the four unions.

It was gathered that at the main campus in Ikot Akpaden, lecturers under the auspices of Joint Action Committee (JAC), positioned themselves at the entrance of the gate to bar students from entering the premises.

In a programme tagged, ‘The Governor Speaks’, usually aired on both the state-owned and private radio stations in the state, Emmanuel said the lecturers have no excuse embarking on a strike revealing that he remits a N327 million subvention to the management every month.

“I give the Akwa Ibom State University N327 million every month as a grant. Also, going by the figures I have, lecturers in AKSU receive the highest salaries anywhere in the country.

“For sustainability, I decided that we align with the NUC salary scale applicable everywhere in the country, that is the crux of the disagreement,” he said.

Responding to his claims, Dr Ime Okop, the ASUU chairman in the institution, said the position of the union regarding the strike would not change as the lecturers were not prepared to shift grounds until all their salaries and other entitlements were settled by the State government.

He said he would not argue whether the Governor gave the N327 Million subvention to the school management or not, saying that the management is in a better position to answer the question.

“What the governor went on air to say is not what we will contest, it is left for the management to explain, but, what we know is that the university has been receiving the sum of N250 million as monthly subvention as at 2019,” he said.

“So, if the State government has increased it to N327 Million, it is left for the management to explain, and let us know when the amount was increased.

“We are asking for our salaries to be paid in full and other allowances, we have been receiving half salaries, percentage salaries, and you cannot tell which month you were paid or not.

“Sending security men to forcefully open the gate would not solve the problem, now that they have succeeded in opening the gate, would they also force us to resume lectures?” The ASUU boss queried.

The students have expressed displeasure over the development lamenting that they would be the ones to bear the brunt of the crisis.

They called on the State Government, the school management and the unions to come to a compromise so that academic activities would resume in the school.

They also threatened to embark on a protest if the concerned authorities failed to call off the strike.

The Chairman of the Education Committee, Akwa Ibom State House of Assembly, Hon Godwin Ekpo, has also urged the Vice Chancellor to do everything possible to settle the lingering problem in the university.

He noted that the House was concerned that the strike had adversely affected the completion agenda of the present government, in which education formed a critical point.

He said, “We urge you to do everything within your powers to bring to an end this lingering issue in the Institution and ensure that normal academic activities are restored.”

Recall that as a measure to put an end to the frequent strike in the institution; the Akwa Ibom State government, management and the unions in the university had on January, 4, 2021 reached resolutions to address the situation.

The resolutions included among others, immediate payment of three months’ backlog of 25 per cent salary arrears to staff members of AKSU for January, February and March 2020, Full payment of salaries; and constitution of a Visitation Panel by the Visitor of the university, Udom Emmanuel, that would address pending issues in the institution.

The Panel was eventually constituted and headed by the Chief of Staff to the governor, Mr Ephraim Inyang-eyen, who also had submitted the panel’s report to the State Government.

The report however is yet to be made public.

It was gathered that the State Government only paid one month of full salaries and relapsed to the previous arrangement of paying half salaries in the subsequent months while leave allowances and other entitlements were not paid.

The unions of the university saw that as a breach of trust by the State government and the management of the institution as they failed to implement the resolutions reached during their January meeting.

This made them embark on strike since April 17 and the definite time for its suspension is not ascertained as they have refused to resume duties despite the threat of no work, no pay policy.