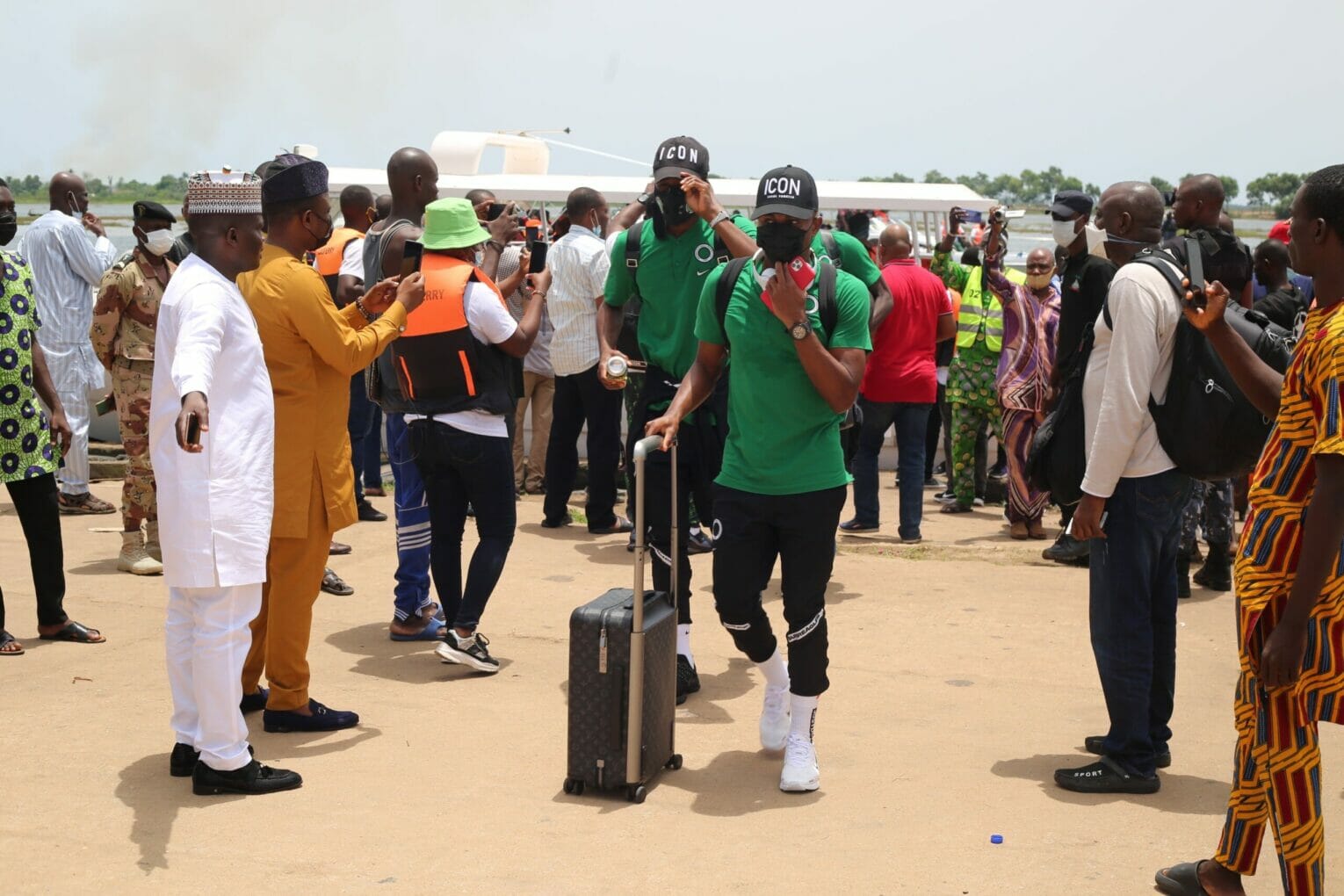 The Nigerian national team have returned to Lagos, following their 1-0 win over Benin Republic on Saturday, in a 2022 Africa Cup of Nations qualifier.

The team left Porto-Novo with more than four vessels on Sunday morning.

Having booked a ticket already for next year’s tournament in Cameroon, they will take on the Crocodiles at the Teslim Balogun Stadium in what is a dead-rubber fixture.

Although nothing is at stake, Nigeria would be hoping to finish their Group L qualification campaign unbeaten.

Whereas, Thabo Senong’s men – who sit at the base of the table with just three points are gunning for their first win after five matches.

In the reverse fixture played at the Setsoto Stadium, Rohr’s team claimed a 4-2 win in Maseru.