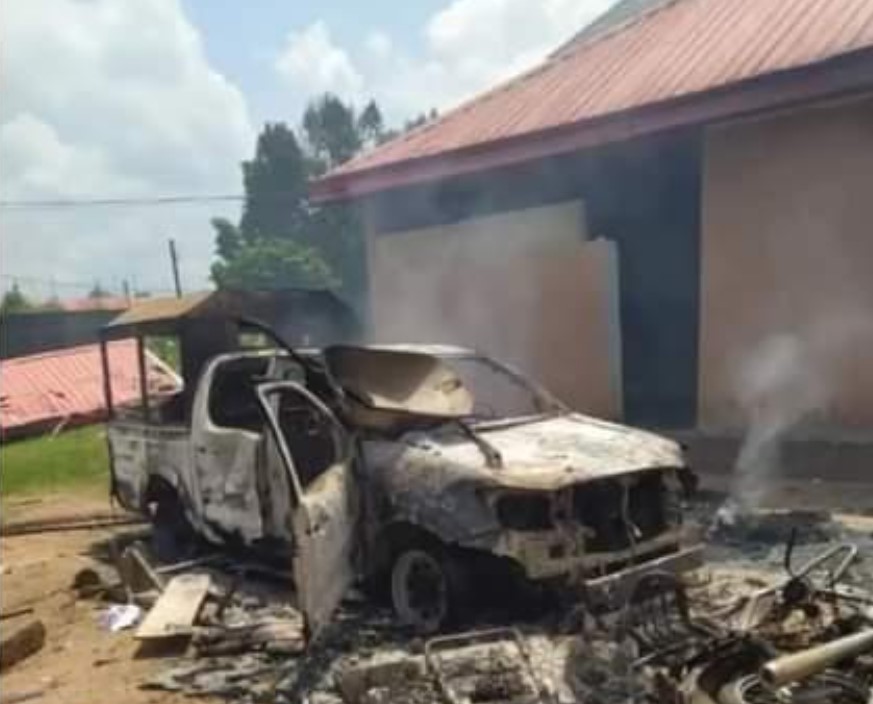 There is currently chaos at the Umuahia Timber market along Ahiaeke road in Abia State.

It was gathered that trouble started after traders refused to pay an annual levy of N18,000 imposed by the Abia State Internal Revenue Board.

A resident said the state revenue board ordered the traders who refused to pay the levy to close down their shops.

However, the traders put up resistance when vigilantes came to the market to effect the order.

The resident said during the faceoff, the vigilantes shot one of the traders identified as ‘Indomie’, who later died while 5 others sustained injuries.

The action of the vigilante was said to have provoked the traders who retaliated by burning the section of the market where the office of the local guards is located.

They also torched some vehicles.

The Abia State Government has reacted to the crisis, condemning the destruction of Abia Vigilante Services Office and the Timber Market.

In a statement, Secretary to the State Government, Chris Ezem, asked the police to commence investigation.

The government directed the officers and men of Abia Vigilante Service to withdraw from the market, while the leadership of the market has been enjoined to assist the police identify the arsonists.

The statement read, “The impunity of burning buildings and other public institutions must stop forthwith, as arson remains a very serious crime against the state and humanity, which attracts severe consequences under our laws.