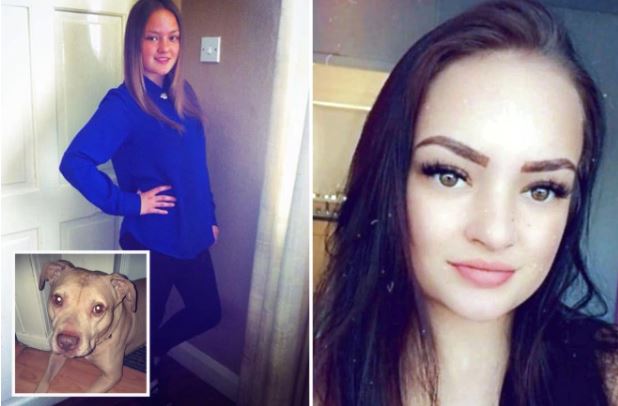 Keira Ladlow, a young woman woman was mauled to death by her brother’s dog which he bought to help her with her mental health, an inquest heard.

Keira Ladlow was found face down in the lounge of her brother’s home after she was attacked by Staffordshire bull terrier cross Gucci.

The 21-year-old suffered from emotional unstable personality disorder, and was attacked by the animal which her brother Kayden Barrett had taken in months earlier.

The dog savaged her while she was staying at her brother’s home in Sunbeam Way, Kitts Green, Birmingham, on February 5 this year.

Kickboxer Keira was described as a “kind and caring” person in tributes by friends at the time of her death.

Mr Barrett told Birmingham Coroners’ Court that when he returned from work at 2pm he found her lying face down in the lounge with Gucci “cowering in the corner”.

The inquest heard Keira’s brother had rehomed Gucci in October 2020 after finding out it was being given away after it bit another dog.

He told the inquest that the animal had “settled in” well and had bonded with him and his sister who was furloughed from Ladbrokes.

The inquest heard that the night before she died, Ms Ladlow told her brother she feared Gucci was going to bite her.

Mr Barrett said he dismissed her fears, and put it down to her not taking her medication.

The next morning he left for work with Gucci asleep in bed next to his sister but when he returned water was pouring through the ceiling from the shower and her “lifeless body” was on the floor “covered in blood”.

In a statement read out at the inquest, Mr Barrett said: “I panicked and did not know what to do.

“I’ve always protected her. I feel responsible even though there was nothing I could have done that day.”

Mr Barrett called police and told officers his dog had killed his sister and the dog was seized and destroyed.

Birmingham assistant coroner Rebecca Ollivere recorded a narrative verdict and said: “Nobody will ever know what caused the tragic shift” in events that day.