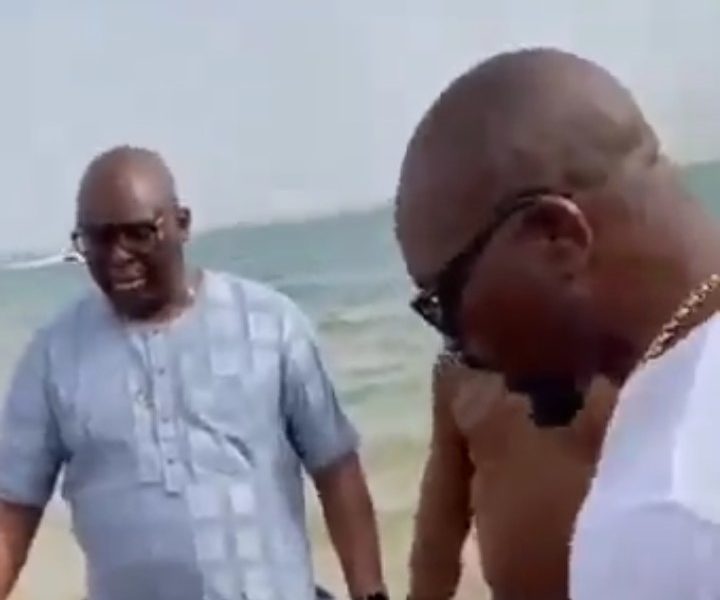 Former Governor of Ekiti State, Peter Ayodele Fayose has been spotted in a viral-video praying alongside others to ‘sustain his glory’.

Naija News understands that the politician was captured on camera with some persons, led in a prayer war by an unidentified old aged prayer warrior woman inside a river.

Fayose and his prayer team could be heard praying in the Yoruba language for enablement to use his glory. Though no political agenda was mentioned during the prayer, Nigerians on the social media, however, suggest that the former governor is hoping to join the 2023 race.

Watch the video below as shared by Ayekooto on Twitter.