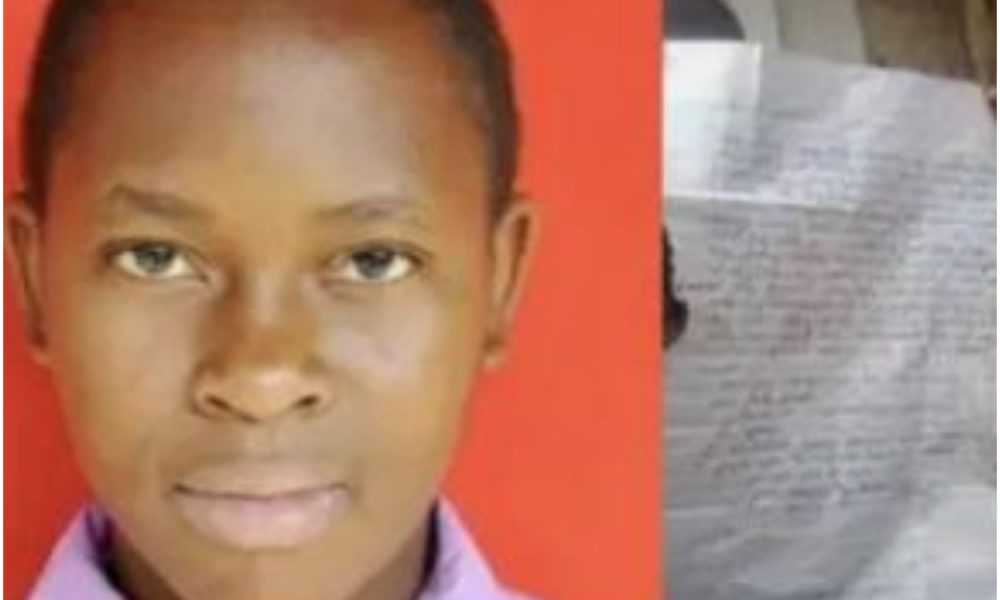 A 15-year-old girl identified as Daphine Kimuli has reportedly committed suicide after she was mocked over her poor exam result.

After several efforts to find her, 35 year old neighbor found the deceased body was later found hanging on a jackfruit tree near her home in Bwikya ward in Hoima East division on Wednesday.

Confirming the tragic incident, the police spokesman, Julius Hakiza, said the incident was reported by the neighbour at Kinuubi police post.

The homicide scene was immediately visited by the police and her body taken for autopsy. Hakiza noted that Kimuli left a suicide note in which she listed several people whom she described as her enemies.

In the note seen by police, Kimuli said she had decided to leave her purported enemies “to enjoy their world as she was going somewhere else.”

However, two people have been arrested and one of the suspects was allegedly found with Kimuli’s note which she kept without informing the parents of the deceased.

The girl said Kimuli had given her the note and she didn’t inform her parents not until she was found dead.