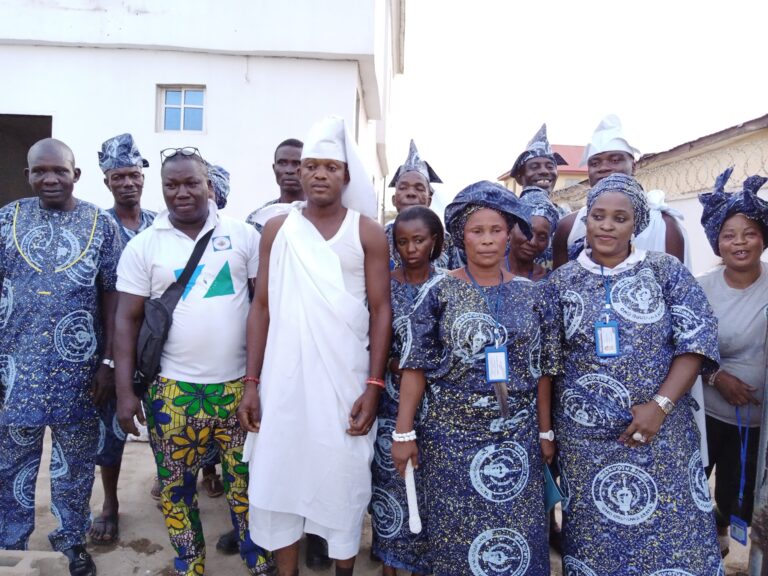 Ogun Police Command on Saturday arrested 11 Yoruba nation agitators who defied the police ban on the  mass rally in Abeokuta.

A young man wearing ritual gear, Zannu Williams, and 10 others were arrested in front of the palace and whisked away in a police van to the State Headquarters, Eleweran, Abeokuta.

There was a clash between the agitators and the police officers around Eleweran when the proponents of secession demanded the release of their members.

It was gathered that the police later released those arrested on the order of the Commissioner of Police, Edward Ajogun.

The agitators on their way back from Eleweran, allegedly attacked some policemen on the road, injuring a number of them.

Reacting, the Police Public Relations Officer in the state, DSP Abimbola Oyeyemi accused the agitators of launching unprovoked attacks on the security operatives.

Oyeyemi said the agitators attacked the police headquarters in the state and some policemen on duty.

He confirmed that 11 of them were earlier arrested for unruly behaviour at Alake palace and were later released on the order of the Commissioner of Police, Edward Ajogun.