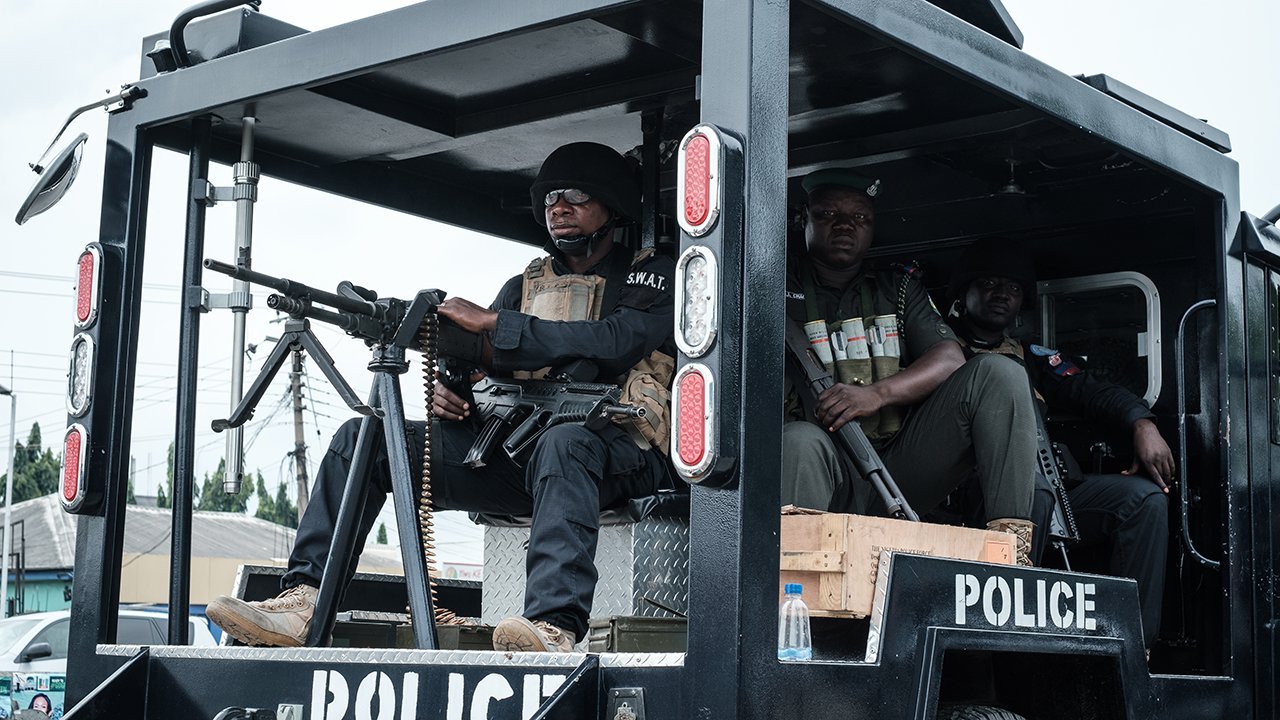 It has been revealed that as many as ten prisoners who escaped from Benin prisons have been nabbed again.

Kokumo said: “We have commenced actions against the criminal elements. It will interest you to know that ten of the criminal elements who escaped from Oko Correctional Centre on Airport Road, Benin and the Correctional Centre on Sapele Road, Benin were also arrested. One of them, after having escaped from Oko correctional centre, ran back to his village on the same day, to kill the person who stood as prosecution witness in the case that took him to the correctional centre. He has been arrested and he is among the suspects.

“A set of two escapees equally stole a Toyota Camry car. They also met at the correctional centre. They were arrested by Okada Division of Edo State Police Command. We have a total of ten escapees.

“The guns were also recovered from the criminal elements. Anybody who is armed with weapon of destruction is no longer embarking on a peaceful protest. We want to assure the good people of Edo State that the police have the capacity to provide adequate security for their lives and property. For that reason, we are dominating the public space.

“The stolen arms and ammunition regrettably will be unleashed on the members of the public. We are leaving no stone unturned to ensure that there is total safety. Edo residents should go about their lawful businesses without fear of being molested and without fear of criminals coming to wreck violent attacks.”

Edo commissioner of police also stated that it was lawful for citizens to protest, but he declared that they should not opt for violence or criminal activities.

He said: “The #EndSARS protests turned gory, bloody, lawless and were hijacked by hoodlums and criminal elements who embarked on destruction of property, arson, breaking and stealing, burglary, raping women, killing policemen on their gory paths to destruction, freeing convicted criminals and felons, while some of them got engaged in total brigandage. It was very clear that the criminal elements actually hijacked the #EndSARS protests.

“Peaceful protest is seen as a means of registering meaningful displeasure, but what we saw was #EndSARS protests that were hijacked by criminal elements and brigands. Some police stations were razed, arms and ammunition were carted away, warehouses were vandalised and looted, individuals were violently attacked for no just cause, unprovoked attacks on innocent citizens and unprovoked attacks on policemen who were discharging their statutory duties and responsibilities were embarked upon.

“We have a clear directive of the Inspector-General of Police (IGP), Mohammed Adamu, to put an end to all forms of violence, arson, lawlessness and to reclaim the public space, as well as to restore the confidence of members of the public in our (police’s) ability and capacity to restore peace.

“I join the IGP to say loud and clear that enough is enough. We will mobilise all resources (human and non-human) and all police operational assets to ensure that we bring back peace to the land, where the law-abiding citizens can go about their lawful businesses, without fear of being attacked by hoodlums.”